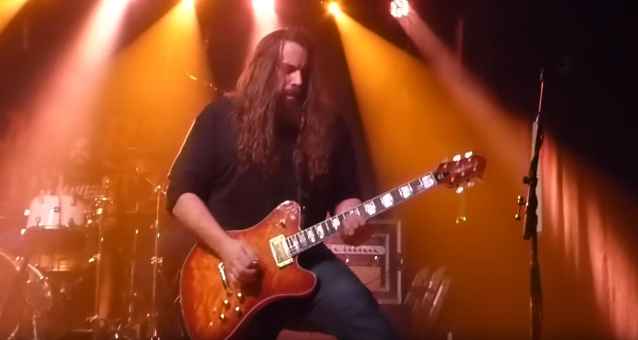 LAMB OF GOD guitarist Mark Morton kicked off his solo tour Wednesday night (March 13) at The Broadberry in Richmond, Virginia. Fan-filmed video footage of the entire concert can be seen below.

Making a special guest appearance at the show for the song "The Truth Is Dead" was Mark's LAMB OF GOD bandmate, vocalist Randy Blythe.

Setlist for the concert:

Backing Morton on the tour in support of his debut solo album, "Anesthetic", are vocalist Mark Morales (SONS OF TEXAS), guitarist Doc Coyle (BAD WOLVES, ex-GOD FORBID), bassist Nick Villarreal (SONS OF TEXAS) and drummer Art Cruz (PRONG, Cruz and Coyle have both played with LAMB OF GOD in the past. Cruz filled in for LAMB OF GOD drummer Chris Adler on tour last year while Chris recovered from a motorcycle accident, and Coyle subbed for Morton when LAMB OF GOD opened for METALLICA in 2009.

Appearing with Morton on the trek are co-headliners LIGHT THE TORCH and support act MOON TOOTH.

Remaining dates are as follows:

"Anesthetic" was released on March 1. The first single from the album, "Cross Off", features late LINKIN PARK singer Chester Bennington.

"Cross Off" was recorded in April 2017 and written by Morton, Bennington, Jake Oni and producer Josh Wilbur. Morton recorded all guitars with Paolo Gregoletto and Alex Bent (TRIVIUM) handling bass and drums. The composition of the song began between Morton, Wilbur and Oni before the three approached Bennington about singing vocals. Bennington loved the song and came to the studio with additional ideas and lyrics that, together with his unique and incredible vocal style, shaped the song to be what it is today.

Morton told Metal Hammer magazine about his experience working on "Cross Off" with Bennington: "[Chester] just had a lot of creative input at the ready when he came into the studio," Mark said. "That was my initial, like, wow. He had told me he really liked the song, and we had communicated, but I'd never really hung out with Chester until when we started tracking. I was really impressed for a guy at his level, at the place in the career he was at, someone of his stature and celebrity, to have that level of humility and commitment to come in there and treat this like it would be a LINKIN PARK song, or his own song, or whatever. I was pretty blown away by that. And it was immediate. Fifteen minutes after we met, we were standing over a table, one on either side, each with scraps of paper and pencil, crossing off words and trying different rhyme schemes and stuff. And then after the track was laid out, then we took a breath and started talking about more personal stuff — real-life shit. And yeah… he surprised me the most."

Asked how they connected in the first place, Mark said: "I had my people call his people. It was one of those things where we were listening to the song, like, who in our world would we have singing this? And Chester was the name that came out. So we almost didn't try, because it's Chester Bennington; he's such a superstar. We were kind of, like, come on, we can't get him. But if we hadn't tried, we wouldn't have got him, so we tried, we got his ear, I was surprised to find I was on his radar and all, but through LAMB I was. He heard the song and he was in. It is a really good song. I'm sorry; I don't know if I'm allowed to say that, but it's a good goddamn song, right? We had to iron out a couple of things legally and all that kind of stuff, but on the creative side, he was in from the jump. And I didn't realize how in he really was, but when he showed up, I did, and that was humbling for me."

Morton had been writing some of this debut for years. "This album wasn't a concerted effort to start something outside LAMB OF GOD," he explained. "Music is always in my head, and until I write and record it, it's stuck there. But once I record it, it's out. It's a catharsis, more for my own sanity." 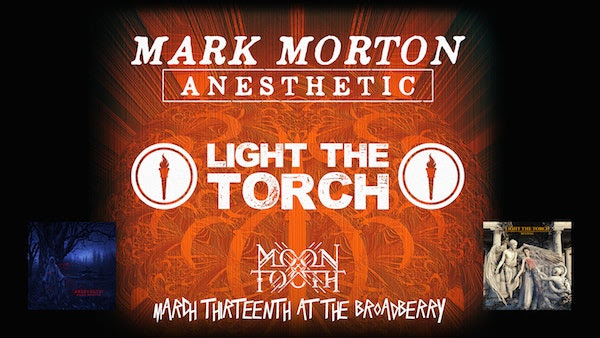