On March 10, The Northern California man who started the petition drive to get LED ZEPPELIN a star on the Hollywood Walk of Fame reached his 1,000-signature goal. The petition has been sent to guitarist Jimmy Page, singer Robert Plant and bassist/keyboardist John Paul Jones with a request to reconsider endorsing the campaign.

Last year, Rocky Dickerson from Chico requested written approval from LED ZEPPELIN members and management to proceed with the Hollywood nomination. In October, he received a response from the offices of Jimmy Page's accountant, Joan Hudson & Co, stating that Jimmy "has asked me to thank you for this interest but he does not feel that this is something that he can endorse."

Dickerson told the Chico Enterprise Record that he launched the star campaign after attending the LED ZEPPELIN reunion performance for the Ahmet Ertegün Tribute Concert in London last year and returning to California, only to find the VH1's No. 1 ranked "100 Greatest Artist's of Hard Rock" had no Hollywood star.

"I'm trying to make this a totally fan-driven thing," he said. "I don't want anything from any corporate entity, or anything from LED ZEPPELIN. I want this to be a small thing that we, the fans, can give back to LED ZEPPELIN after 40 years of great music."

A two-minute video report from NBC 24 Action News on Rocky Dickerson's LED ZEPPELIN star campaign can be viewed below. 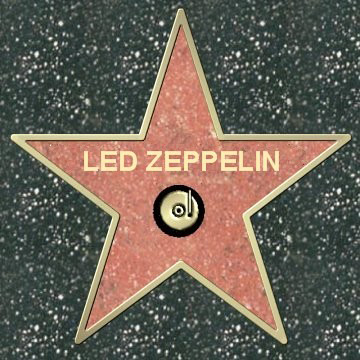