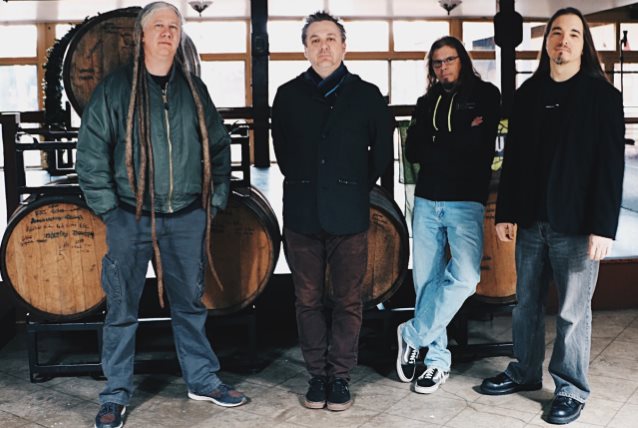 Pennsylvania-based progressive metallers BELIEVER are back with new music. New songs from the band will be made available throughout 2017, culminating in the release of a physical product to be announced later this year. BELIEVER fans will enjoy (or not) digital releases every few months with new artwork from Eye Level Studio's Michael Rosner to accompany each release. The first installment, titled "1 Of 5", contains two songs and will be released via Trauma Team Productions on March 18. The songs were mixed by Kevin Gutierrez (RAVEN, PROJECT: FAILING FLESH, DECEASED, DYSRYTHMIA, GARDEN OF SHADOWS) at Assembly Line Studios and mastered by Bill Wolf of Wolf Productions.

As BELIEVER fans know, the band's sound is constantly evolving as they explore new creative directions with each release. Kurt Bachman (guitar/vocals) explains: "At this point our goal was to write good songs, but to also make ourselves feel a bit musically uncomfortable.

"After 30 years, I would say that with these songs, we are combining the BELIEVER sound with our very early musical roots and having a fun time doing it!"

To coincide with the first installment of new music and to celebrate the 30th anniversary of both Pennsylvania institutions, BELIEVER and Stoudts Brewing Company (Adamstown, Pennsylvania) are releasing Believer Double Bock beer on March 18.

In true BELIEVER style, this brew is unique. The limited release Believer Double Bock Beer, aged in port and red wine barrels, blends coffee and dark chocolate malt flavors with hints of caramel and dark fruits for a taste experience that exemplifies the art of brewing beer and making music. The beer's label and packaging were also designed by Michael Rosner of Eye Level Studio. Believer Double Bock is a limited release and will be available at Stoudts Restaurant and select Pennsylvania locations. 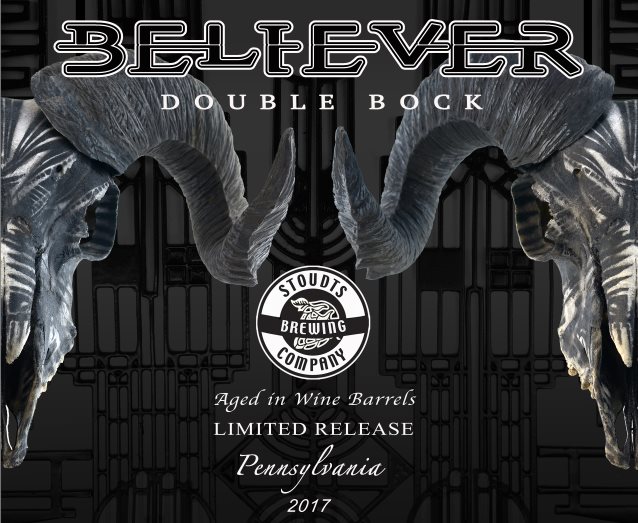