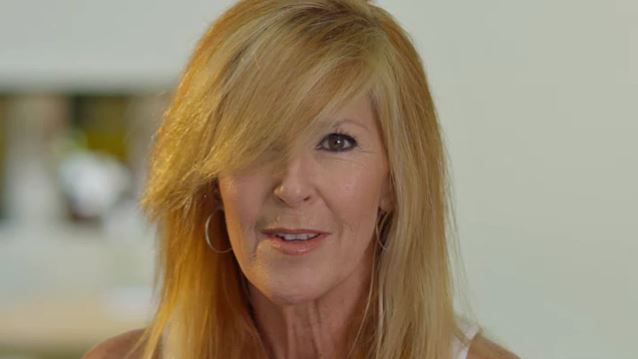 Lita Ford says that Sharon Osbourne was "a godsend" for her when Ozzy's Osbourne's wife managed the former RUNAWAYS guitarist's career, explaining that Sharon was "another female in the rock world" that she could relate to.

Lita hired Sharon to manage her in 1985, three years before the release of Ford's platinum "Lita" album, which produced two Top 40 singles, including "Close My Eyes Forever", which was a duet with Ozzy Osbourne.

Asked what the experience was like being managed by Sharon during the late 1980s, Lita told Eddie Trunk: "Well, I actually… I talk a lot about Sharon in my [upcoming] book, because I had a love-hate relationship with her. I loved Sharon. I thought she was awesome. For me, as a female in the rock world, she was another female in the rock world, and I could relate to her on that level. There was really nobody else to relate to that was female in the rock world, except for maybe one of the record company people. But as far as managers or musicians, there weren't any, except THE RUNAWAYS, but we had already gone our separate ways by then. We weren't really in touch with each other. So Sharon was a godsend for me."

Lita also talked about "Close My Eyes Forever", which came about by accident during a night of drinking and getting stoned with Ozzy.

"It went Top Ten, and it was Ozzy's first Top Ten hit single — on my record," Lita recalled. "And I thought, 'Wow! After all these amazing songs and everything he's done for the music industry, he gets his first Top Ten hit single on my record. I guess, because I had… By that point, I had really fallen into this chick who could sing and play guitar and we were able to creep our way up the charts, because it took away some of the darkness that was behind Ozzy's 'Prince Of Darkness' [persona]. And it was okay — it made it okay — for the record to go Top Ten. It was politically okay. But I was happy. We were voted 'Best Male Rock Vocalist', I was 'Best Female Rock Vocalist' in all the rock magazines. And then together we did a duet, both managed by Sharon Osbourne. It was a win-win situation."

Ford's autobiography, "Living Like A Runaway: A Memoir", will be released next spring via Dey Street Books (formerly It Books), an imprint of HarperCollins Publishers.