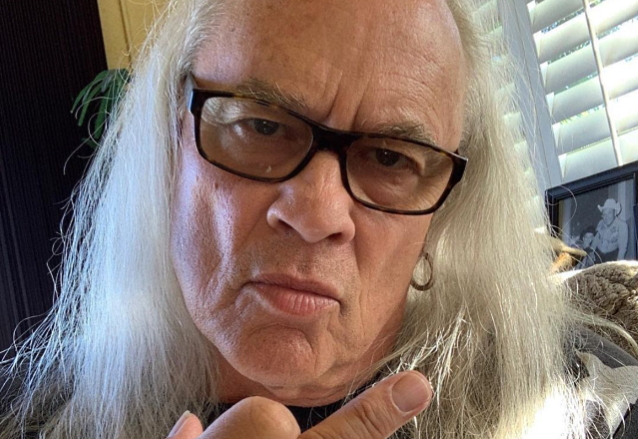 LYNYRD SKYNYRD guitarist Rickey Medlocke will rejoin his bandmates on stage later today (Sunday, August 22) the Barefoot Country Music Festival in Wildwood, New Jersey. It will mark the 71-year-old's first appearance with the band since he announced earlier in the month that he had tested positive for COVID-19.

In a video message posted on Thursday, Medlocke said that he had recovered from the illness and vowed to perform with the rest of LYNYRD SKYNYRD this weekend.

"Here I am, rounded the corner," he said. "I'm back, feeling good. And you know what? I feel very blessed and very fortunate to be sitting here today."

Rickey went on to thank his fans and the medical team who helped him recover.

"I'm going to kick out the footlights this weekend in New Jersey," he said. "Really be safe and take care of yourself 'cause it's not fun."

LYNYRD SKYNYRD canceled four of its shows after Rickey tested positive for COVID-19.

Medlocke was the original drummer in LYNYRD SKYNYRD and rejoined the band in 1996 as a lead guitarist and primary songwriter.