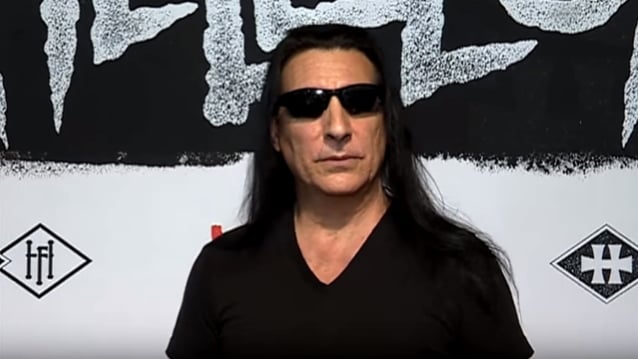 For the first time ever, MANOWAR will open its vast archives and give its fans the chance to hear the official history of the band, straight from the source.

The glory and the battles; the secrets, and the triumphs of steel; life on the road and in the studio... Witness MANOWAR bassist Joey DeMaio in an intimate setting unfold "The Blood Of The Kings" chapter by chapter; live, onstage and in person, in this captivating one-man multimedia show.

The spoken-word tour is a rare, personal look inside the exceptional career of one of the most iconic, most enduring bands in heavy metal.

For more information, go to manowar.com/tour.

This past May, DeMaio said that MANOWAR was "not retiring," despite the fact that it announced its "final" tour more than three years ago. " I'm too young to retire," he told Bulgaria's Z Rock Radio. I'm like Peter Pan — I'm a boy in a man's body. I'm, like, 15 years old in my mind."

Back in May 2016, MANOWAR revealed that it would say "thank you", "farewell" and "goodbye" to its fans on a world tour that would be "bigger and beyond anything" the group had ever done.

MANOWAR released a new EP, "The Final Battle I", in March. Parts II and III of the trilogy will arrive at a later date, inspired by MANOWAR's adventures on the remainder of "The Final Battle". 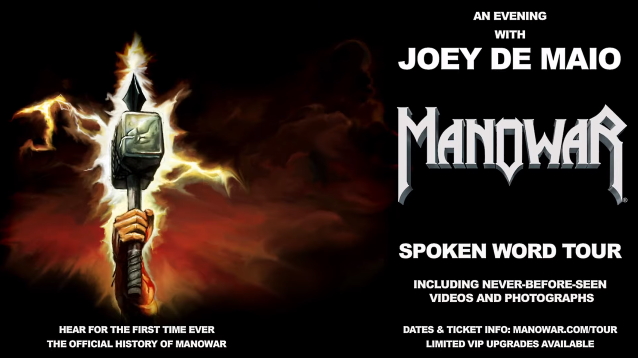