MASTODON and LAMB OF GOD are among the artists who appear on the soundtrack of the upcoming third installment of the famed "Bill & Ted" film franchise. Both the soundtrack and the film are due out on August 28.

"Bill & Ted Face The Music" reunites Alex Winter and Keanu Reeves in the title roles for the first time since 1991's "Bill & Ted's Bogus Journey". It was produced by Oscar winner Steven Soderbergh and directed by Dean Parisot ("Galaxy Quest").

The official "Face The Music" plot synopsis: "Yet to fulfill their rock and roll destiny, the now middle-aged best friends set out on a new adventure when a visitor from the future warns them that only their song can save life as we know it. Along the way, they will be helped by their daughters, a new batch of historical figures, and a few music legends — to seek the song that will set their world right and bring harmony in the universe."

Back in May, MASTODON's guitarist Bill Kelliher told the "Rock & Roll Beer Guy" podcast about his band's contribution to "Bill & Ted Face The Music": "Working with Hollywood is — same with record companies — they think that when you're an artist, a musician, it's like going to McDonald's — they can just order what they want and you get it your way, and there it is. It's, like, no, it doesn't [work that way], at least with our band. There might be some session guys or whatever that can work like that, like, 'Hey, I want a bluesy jingle that goes something like that,' and they can pull that out of their ass in a minute. But we're not like that.

"With the movie industry, they were, like, 'We want a song for the movie, and this is the description of the part.' So we wrote something, and we turned it in, and we don't hear back for weeks, for months. And then they're, like, 'Yeah, well, the director doesn't really like this part' — I guess like a 20-second clip — and he's, like, 'Yeah, he doesn't like this. Can you change this?' And I'm, like, 'No. I can't. I'm not changing it. I'm sorry. Don't use the song then.' I was pissed. They were, like, 'They wanted more like an AC/DC style,' and I'm, like, 'Then fucking call AC/DC.'

"We wrote a killer fucking song, and the music director of the movie, he's the one that chose us, he loves the song, but the director is, like, 'Well, this is clashing with that,'" he added. "I'm, like, 'You've had it for months. Why didn't you tell us months ago?' Especially now with the pandemic, nobody's in the same room together. It's not like we all live in the same studio and we can just pull stuff out of our ass all day long."

"Bill & Ted Face The Music" is not be the first time a MASTODON track has been featured in a motion picture. Back in 2007, MASTODON performed the opening song of "Aqua Teen Hunger Force Colon Movie Film For Theaters". 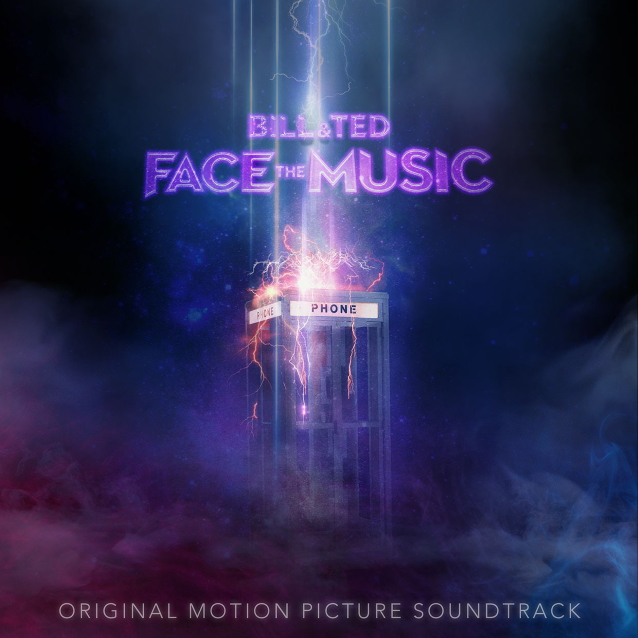