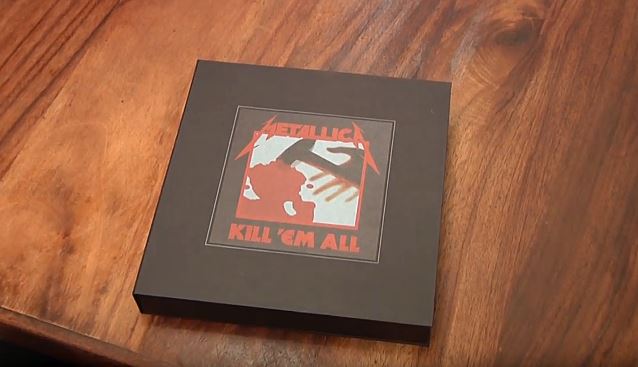 METALLICA will reissue its first two albums, 1983's "Kill 'Em All" and 1984's "Ride The Lightning", on April 15. Both albums have been remastered for the most advanced sound quality and will be available in three formats — CD, vinyl, and deluxe box set. Both deluxe box sets include original source material from the band's personal collection with many never-before- heard-or-seen recordings, along with a book including rare photos and essays from those who were there.

An unboxing video for the deluxe edition of the "Kill 'Em All" reissue can be seen below.

Fans can pre-order both deluxe box sets at the Met Store now and all six new items will, of course, also be available at your local record store on Friday, April 15, just in time for Record Store Day.

Originally issued on July 25, 1983 through the independent label Megaforce Records, "Kill 'Em All" was recorded in two weeks on a miniscule budget in upstate New York. Although only 1,500 copies were initially pressed, the album was reissued by Elektra Records after the band signed to that label in 1984 and has since been certified triple platinum for sales of more than three million copies.

The varied sounds of "Ride The Lightning", which included the first METALLICA ballad in "Fade To Black", drew mixed responses from some fans. The band's drummer, Lars Ulrich, told Rolling Stone magazine: "It did surprise us a little bit, I guess. People started calling us sellouts and all that type of stuff. Some people were a little bit bewildered by the fact that there was a song that had acoustic guitars."

Noting that at least four songs from the album are still part of METALLICA's live set today, Ulrich said that "Ride The Lightning" "holds up very well," adding, "There's kind of a youthful energy that runs through the record." 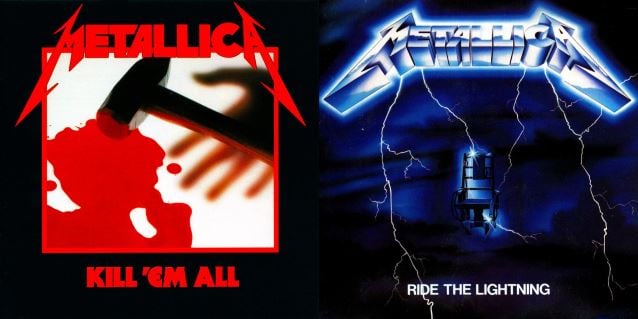