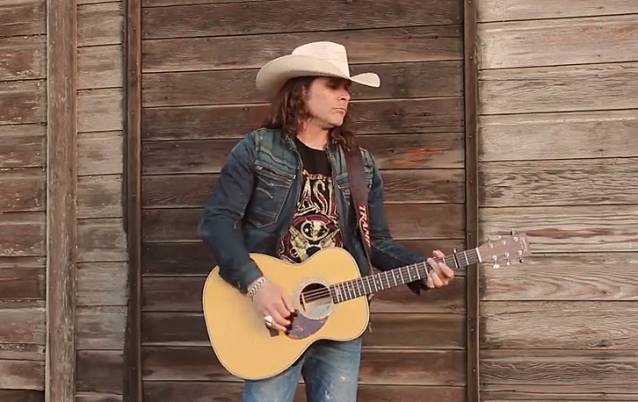 Sea Of Tranquillity recently conducted an interview with former WHITE LION singer Mike Tramp. A couple of excerpts from the chat follow below.

Sea Of Tranquillity: I will never understand how some people lumped in WHITE LION with bands like POISON and MÖTLEY CRÜE. They never wrote songs like "Lady Of The Valley", "Cry For Freedom", "Lights & Thunder" or "Warsong". Your lyrics went much deeper.

Tramp: Well, this is a matter of personal taste and not for me to judge. But one thing for sure is that WHITE LION stood aside from a lot of those bands. The only comparison was the '80s look and that fooled a lot of people, or I should say confused a lot. Who is the wolf? Who is the sheep?

Sea Of Tranquillity: How about NIRVANA? Somehow I never saw the similarity [between Tramp's post-WHITE LION band FREAK OF NATURE and NIRVANA].

Tramp: NIRVANA was too big to ignore; they made a massive impact on everything and everyone. It was like cold water in the face. I don't think we ever wanted to copy them in their sound and style of playing, as we were still more into [LED] ZEPPELIN and [THIN] LIZZY, but they broke down the walls of the '80s and squashed that polished image that MTV and the industry had created and bands followed; that is, if you can put it in that order.

Sea Of Tranquillity: I still consider your vocals in FREAK OF NATURE the peak of your career. You left your style in WHITE LION behind and adopted a totally different approach. How did that happen?

Tramp: This is possibly the most important factor in the change and evolution of Mike Tramp. As Vito [Bratta, former WHITE LION guitarist] and I started to write for "Mane Attraction", I noticed that, in some cases, I didn't want to sing that high and went for a different vocal approach. And as time went by and we got deeper into it, I also knew that the girl in me who sang up in the clouds on "Fight To Survive" had become a man and didn't want to sing or try to sing in that range anymore. With FREAK OF NATURE, I started fresh and followed what felt right and of course sounded right; I felt closer to my real voice than before and today I just am me and don't try or want to be anything but me. Actually, I can't stand singers who sing that high '80s voice. It is so distant from me.

Sea Of Tranquillity: You think "Remembering White Lion" was a misstep in your career? How about "Return Of The Pride"? I personally consider the former a solo album and love it.

Tramp: Mistake might not be the word, but it sort of slowed me down or I lost focus on what I started with [1997's] "Capricorn", and the same could be said of trying to do a new version of WHITE LION. I never wanted to do it but was just so confused about what wasn't happening with my solo albums. "Return Of The Pride" is a great album as long as you don't call it WHITE LION or expect WHITE LION, which you obviously do when there's a WHITE LION logo on the cover. In 1995, I ended the best thing I had ever done. And when I started my solo career, it was clear to me that I didn't have any more heart or soul to give to a band.

Sea Of Tranquillity: Did Vito ever hear any of the FREAK OF NATURE songs as you were writing them or after they were released?

Tramp: Yes, I sent him the first album.

Sea Of Tranquillity: What was his reaction upon seeing the great change, both musically and lyrically?

Tramp: This is one of the very, very few funny moments I have had with Vito since ending WHITE LION. He called me up and said he really liked it and hoped one of the guitar players would break their hand so he could come play with me. I was kind of shocked 'cause to me it sounded like Vito and I weren't done working together and I was surprised that he never put up a fight when I said "No more WHITE LION." It was that he just lay down and gave up. I am not saying that WHITE LION would have continued if he and I had put up a fight. But I am sure that if we had sat down and talked and really looked at the picture and sorted out what had gone wrong and how much was our fault and how much was Kurt Cobain's, then there could possibly be a mature and musically serious band existing today, called WHITE LION.

Sea Of Tranquillity: You have also written about your children and relationship with your wife. [Tramp is married to Indonesian actress Ayu Azhari, with whom he has two children: Isabelle and Lennon. Tramp also has a third child, his son Dylan, from a previous relationship with Fleur Thiemeyer.] Was writing these songs a kind of therapy for you?

Tramp: Therapy, but not just that. It was the truth and lots of anger, hate, sadness, more sadness, and still no solution.

Sea Of Tranquillity: Do you get to see your children as often as you'd like? It must be hard being away from them. I realize this is a difficult issue to talk about.

Tramp: It is a difficult issue or subject, 'cause so much is involved, and, even though I don't want to hide it, it's too much and deep for this interview. This is a matter of big cultural and religious differences, and I am not about to let go of the free man I was born. I am not about to live in a place I don't want to live, no matter how much I miss my children and the war I have to fight. I am free; that's me and that's the way it's gonna be.

Read the entire interview at Sea Of Tranquillity. 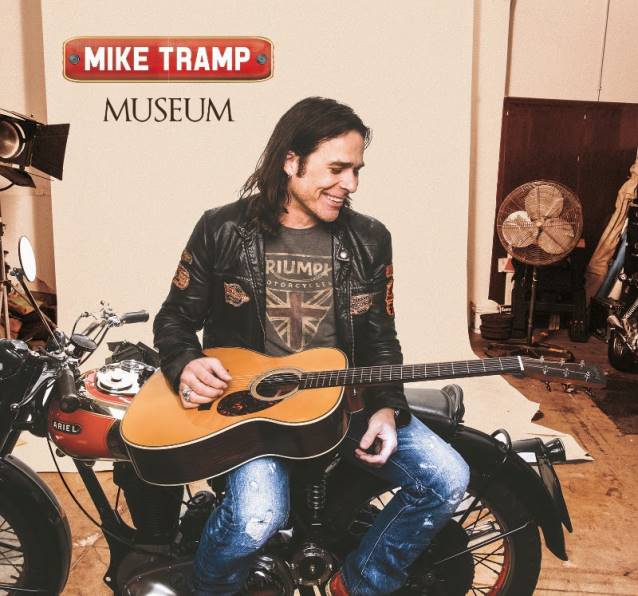