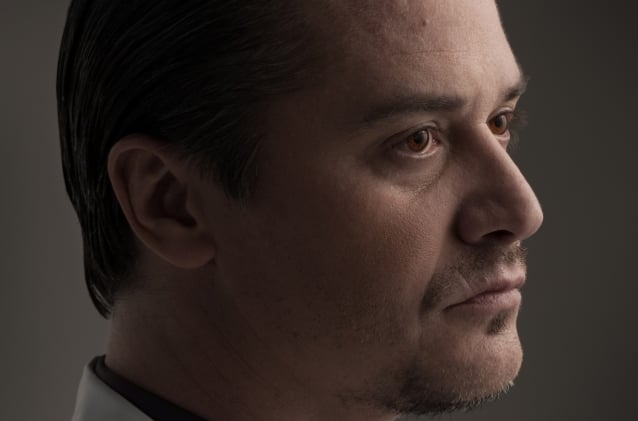 Due to overwhelming demand, MR. BUNGLE has added an additional night to each of its previously announced "The Raging Wrath Of The Easter Bunny" performances in Los Angeles, San Francisco and New York.

The dates, which will feature the Eureka-born band performing its 1986 demo in its entirety, will mark both the first time MR. BUNGLE has performed in close to 20 years and the first time these songs have been played live in over 30 years.

Original MR. BUNGLE members Trevor Dunn, Mike Patton and Trey Spruance will be joined by Scott Ian (ANTHRAX, S.O.D.) and Dave Lombardo (DEAD CROSS, SLAYER, SUICIDAL TENDENCIES) for what is sure to be one of the most-talked-about musical moments of 2020.

Tickets will go on sale this Friday, August 16 at 10 a.m. local time. There will be no additional cities added to this itinerary.

Said Spruance: "Ever since Trevor hatched 'The Raging Wrath Of The Easter Bunny v.2' idea a few years back, Patton, Lombardo, he and I had each been incubating some idea of that egg. Lombardo called me one day and asked me to make some guitar demos so he could learn the songs. He had this generous idea to surprise the other guys with being totally ready to go with the tunes. It just so happened that I was in Eureka at the time. So, I found myself revisiting all of those riffs in the same goddamned town and in the same goddamned house where I recorded all the original guitars on that demo 33 years earlier. There was something about actually physically working out the mania of those riffs again at Dave Lombardo's request, in that environment — it just split my head open. It wasn't long before the train of destiny had picked up too much speed for any of us to jump off."

Added Dunn: "When we recorded that demo, we were 16 and 17 years old and we were absolutely serious about the music. At the time, we were living the deluge of '80s metal and absorbing every riff and every drum fill from every known band from Denmark to San Francisco. The recording and playing were amateurish (save for Trey's video-game-solos) but the schooled composition and spirit were solid. I always felt like this music held its own and deserved to be presented in a clearer and more defined package even if it meant being 33 years later."

Said Patton: "I remember writing riffs for this cassette in my parent's garage, with no heat, so I recorded in a sleeping bag for analog warmth, playing a one-stringed acoustic guitar that was piped into a ghetto blaster. Thank god I had Trevor and Trey to help decipher my rotten riffs into something intelligible!"

Commented Ian: "When Mike hit me up about this, my brain thought he was asking me if I wanted to come to a show, him knowing I am a HUGE BUNGLE fan. When I realized he actually meant for me to play guitar with them, it broke my brain; I was a giggly drooling mess. Somehow I pecked out Y E S on my keyboard and holy crap I'm playing in MR. BUNGLE. Seriously, it's an honor and a privilege to get to play with my favorite 'Mr.' band of all time."

Said Lombardo: "I don't know what was in the water in Eureka, California, but it certainly wasn't clean. This is going to be a ridiculously, insane band to play with and I am honored to have been asked to join the wrath."

The idea that Dunn, Patton and Spruance will be joined by their early musical heroes is not lost on the musicians.

Said Dunn: "They are a significant percentage of the 'Big Four,' all of which had a major impact on us. Aside from their obvious skills and — for crying out loud, INVENTION of this genre — there's nothing like being in a band with those whom which you have rapport. If we are going back to the source with this stuff we might as well go ALL THE WAY back."

Added Patton: "To have Scott and Dave with us on this suicide mission is more than an honor. THEY are a big part of the reason we wrote this stuff in the first place, and to realize it 30+ years later with these maestros is an absolute miracle… we can finally play this teenage nonsense correctly! A total catharsis for us."

Commented Spruance: "At our very first show, at the Bayside Grange Hall, Nov. 30, 1985, we played SLAYER's 'Chemical Warfare' and a S.O.D. cover. I mean, are you kidding?? We WORSHIPPED those guys! And now they're gonna PLAY in our band?" 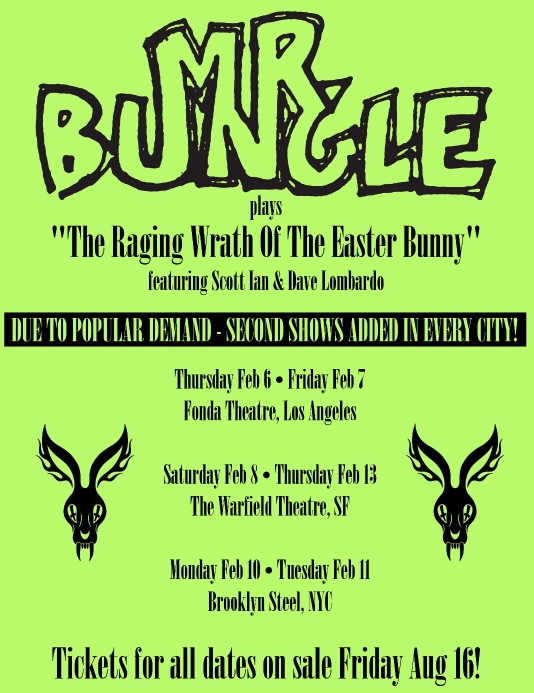