Due on December 1 via Hachette Books, Doug Brod's "They Just Seem A Little Weird" offers an original, eye- and ear-opening look at a crucial moment in hard-rock history, when the music became fun again and a concert became a show. It's the story of four bands that started in the '70s and drew from the same seminal sources but devised vastly different sounds. It's the story of friends and frenemies who rose, fell and soared again, often sharing stages, producers, engineers, managers, and fans — and who are still collaborating more than 40 years later.

In the tradition of books like David Browne's bestselling "Fire And Rain", "They Just Seem A Little Weird" seamlessly weaves the narratives of the mega-selling KISS, CHEAP TRICK, AEROSMITH with... STARZ, a criminally neglected band whose fate may have been sealed by a shocking act of violence. It's the story of how the four — three of them now enshrined in the Rock And Roll Hall Fame — went on to influence multiple generations of musicians, laying the foundation for two diametrically opposed rock subgenres: the hair metal of BON JOVI, POISON, SKID ROW and MÖTLEY CRÜE in the '80s, and the grunge of NIRVANA, PEARL JAM, ALICE IN CHAINS and MELVINS in the '90s.

Deeply researched, and featuring more than 130 new interviews, this book is nothing less than a secret history of classic rock.

Brod is the former editor in chief of SPIN magazine and was a long-time editor at Entertainment Weekly. He has worked for Atlantic Records, taught at New York University, and was a segment producer of the comedy/music television series "Oddville", MTV. Brod has also written for The New York Times, Billboard, Classic Rock, The Hollywood Reporter and The Trouser Press Record Guide. A native New Yorker, he lives with his family in Toronto. 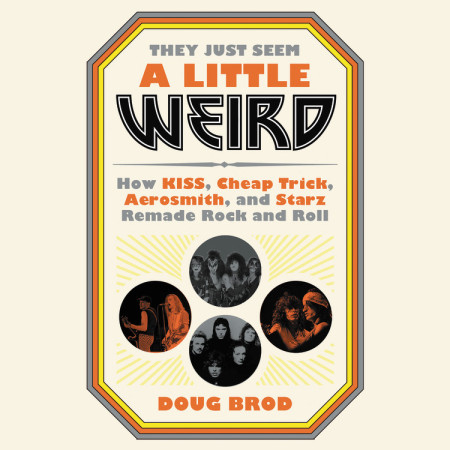