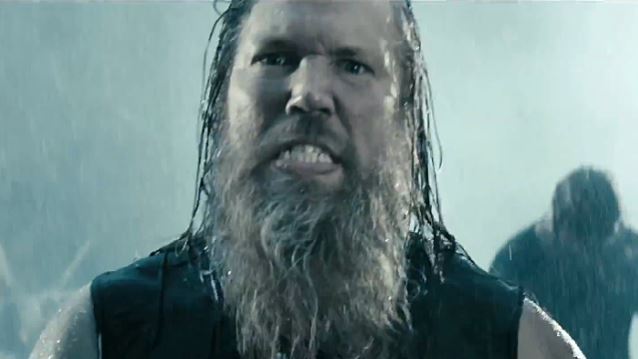 Swiss Viking action film "Northmen - A Viking Saga", in which vocalist Johan Hegg of Swedish death metallers AMON AMARTH plays Viking warrior Valli, will come to American cinemas and digital HD on July 31, followed by a DVD and Blu-ray release on August 11, thanks to Anchor Bay Entertainment. The movie was shot for eight weeks primarily in South Africa, with some additional shooting in Germany.

"Northmen - A Viking Saga" plot synopsis: "In the 9th century a group of Vikings, commanded by captain Asbjörn, is approaching Britain, aiming to plunder the rich monasteries in the north of the island. But their ship gets caught in a storm and is smashed to pieces on the rocks off the coast of Scotland, the only part of Britain without any Viking settlements. When Inghean, daughter of the Scottish King Dunchaid, by chance falls into Viking hands, they see the opportunity for demanding a large ransom. King Dunchaid immediately sets his 'wolfpack' — a group of mercenaries well known for their savagery — on them. The Northmen with their hostage now have to force their way through the rough highlands, where they meet the brave and mysterious Christian monk Conall. Having the wolfpack close on their heels, a desperate race against time begins. A battle over life and death..."

In an August 2014 interview with Metalinside.ch, Hegg spoke about his involvement with "Northmen - A Viking Saga". You can now watch the chat below.

On how long his part in the "Northmen - A Viking Saga" movie took to film:

Johan: "My part only took two weeks to do. I was down for 12 days the first time, and then I came back, I went back home for a couple of weeks, and came back and did another four days, three days."

On whether he contributed anything to his role:

Johan: "I contributed some insight about what they would do here, how would they would handle this… the mindset, maybe, of the character, or a little help with background — what would be normal for a Viking. But at the end of the day, I think it's all about how the story is told and how the director wants to go.

"Trying to get into a character is a strange feeling. I never really knew what it took before I did this. But you really have to think like, 'All right, I'm not Johan Hegg. I am this [other] guy.' So when you look at that guy over there and you hate his guts, you really have to hate his guts. Like, you have to say that in your head, really, because then, all of a sudden, it just comes out that way. At least I found that. It's a strange experience, but a lot of fun."

On whether he would be able to play a different kind of character or act in a drama:

Johan: "I don't know. Maybe. I mean, I don't know how good of an actor I am, honestly. I mean, all the people… the director was really, really happy. One of the producers, and I will take his word for it, Frank Kaminski; he's a great guy. He's not a guy of many words, but he came up to me and said, 'If we had known that you could act this well, we would have given you a bigger part.' But it's supposed to be a cameo. I wasn't supposed to be in that movie for a long time, and they added stuff for me to do in the movie."

On how much he is seen in the movie:

Johan: "I'm not gonna give anything away. It is a small part, I have a few lines, I have some fighting [scenes], all that stuff. But it’s not the main character, definitely."

On shooting the fight scenes:

Johan: "[It was] way too much fun. The first day of stunt training, when we did the fighting scene and all that stuff, the stunt people had to tell me to stop. They were, like, 'Dude, you can't do it anymore, because you're gonna feel it tomorrow.' I just wanted to keep going. I had so much fun, fighting with swords."

On whether being on stage is a form of acting:

Johan: "It's not really acting, because all the feelings are real, but it's a character; the stage persona is not the way I am [off] the stage. That would be crazy. Who would wanna have a guy screaming at you all the time? But all the feelings up there are always genuine. So it's not, like, faking anything; I don't like to do that. I wanna show people how I feel, and usually I love being up there and am having a good time, and that usually shows. But every once in a while you have a crappy show. But that's cool too. If you get pissed, let it out, and people will think it's cool."

"Acting on stage and acting in movies is two completely different things. In a movie, you have retakes. You never have a retake when you're on stage. It's not like I can stop in the middle of a song and go, 'Ah, excuse me, I wanna do something different here. Can we start over, please?' That's not gonna happen. Once the ball is rolling, it's rolling, and you only have one shot. So it's completely different and it has to come natural. And that's why you can't act on stage; you have to be natural."

On the acting process:

Johan: "The whole thing was a great experience. To actually try to act… I'd never really done any acting where you had to deliver lines and react to stuff, and stuff like that. But it was more interesting than I thought it would be. 'Cause I was really worried at first that it would sound unnatural and I tried the lines by myself, and it just sounded crap. And then I was talking to a couple of the other actors and they gave me a lot of good advice, especially James Norton, who plays my brother in the movie. He gave me a bunch of good advice. Because there's a risk, when you're trying to act, that you overemphasize the phrases. It should come more naturally. So he said, 'Well, don't think so much about it. Just say it. Just say it. Don't think about it.' And I tried it, and it still didn't really work. And then we had the read-through — all actors sitting around the table and reading all the lines, and the director is doing all the narrating parts, and all of a sudden you have another person to react to, and then it became more natural. So that was a big [turning point]; like, 'I got it now.' So it is a different story when you have a context." 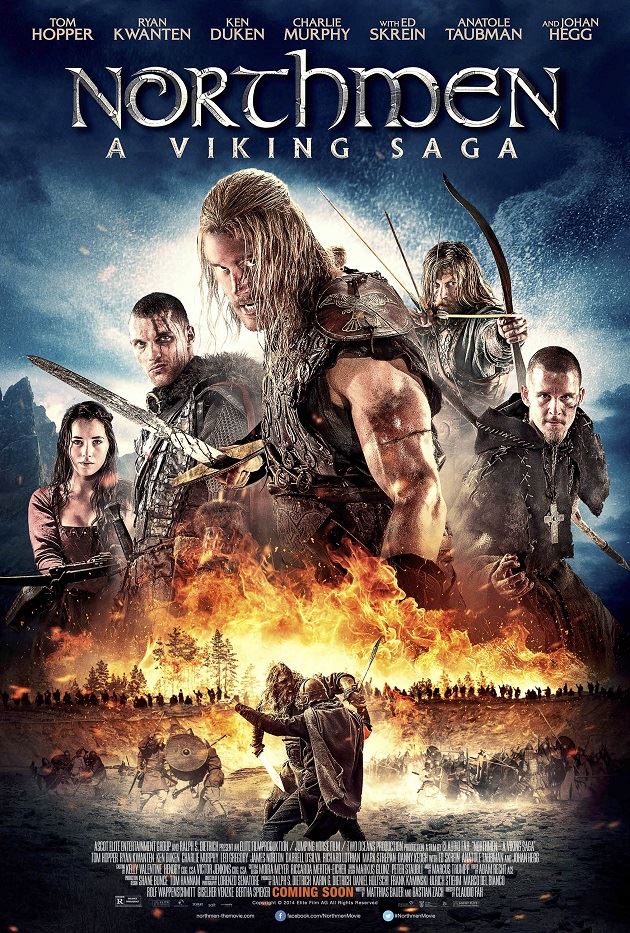