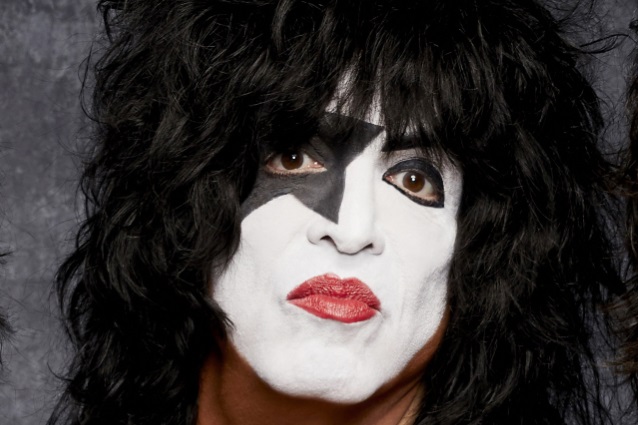 KISS frontman Paul Stanley has admitted to Billboard in a new interview that while the thought of him one day "not being involved" with the band anymore "certainly comes to mind," he is "not sure about the idea of KISS coming to an end. We've built something that's so iconic, and I think it transcends any of the members so I can certainly see me not being there, seriously," he said. "There was a time where people said it had to be the four of us [Stanley, Gene Simmons, Ace Frehley and Peter Criss] and those people are already 50 percent wrong. So I'm betting [another absence] could be overcome, too."

Last May, Simmons told Glasgow Live that he didn't think the KISS members would be able to tour once they are in their seventies. "We'll do it for a few more years, and then when we think it's time to go, we'll go, and we'll do it the right way, with a big party," he said. "I'd like to think that we would do something that rocks the planet — something big and worldwide and maybe free."

Stanley has repeatedly said that KISS could one day continue without him and Gene, explaining in an interview: "Once the original [KISS lineup] was no more, it just became clear to us that, in some ways, we're much more a sports team. We don't fall into the limitations of other bands, because we're not other bands. So, yeah, at some point, I'd love to see somebody in the band in my place, and it's because I love the band."

It was back in 2005 that KISS manager Doc McGhee first told the New York Times that the group had "been toying with the idea of recruiting an entire band to don the band's famous makeup." McGhee said, "KISS is more like Doritos or Pepsi, as far as a brand name is concerned. They're more characters than the individual person. I think [new members] have a legitimate chance to carry the franchise."

Frehley said in 2016 that the idea that the band could continue without any original members was "the most ridiculous statement I've ever heard [Stanley and Simmons] make." He added: "I think the only reason they make those statements at this juncture is to try to validate the fact that they have two other guys in the band that aren't the original members. So they're trying to rationalize to the fans, 'Well, you know, we replaced Peter and we replaced Ace, and eventually we're gonna replace ourselves. That's like Mick Jagger saying, 'Yeah, after me and Keith [Richards, THE ROLLINGS STONES guitarist] die, THE STONES will continue on with two other guys.' I mean, it's a joke."