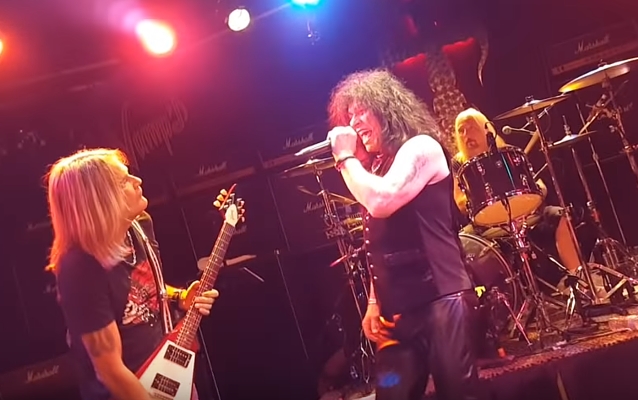 ROUGH RIOT, the new band featuring former members of QUIET RIOT and ROUGH CUTT, made its live debut this past Friday (November 2) at Count's Vamp'd in Las Vegas, Nevada. Fan-filmed video footage of the concert can be seen below.

The day of the Count's Vamp'd concert, Shortino and Cavazo were interviewed on KTNV's "Las Vegas Morning Blend". Asked how ROUGH RIOT got together and came up with its name, Shortino said: "Well, it's a combination of two bands, and I actually sang in both bands. I was in a band called ROUGH CUTT, and then I joined QUIET RIOT with Carlos. And Rudy [Sarzo], actually, was in the band when we were first got together. And it's been about 30 years since we've done anything. And we decided to kind of reunite. We have part of the ROUGH CUTT guys; we have Dave Alford on drums and Chris Hager, and then Carlos Cavazo on guitar and Sean McNabb. And Sean and Carlos and I were in the QUIET RIOT lineup in 1987."

Regarding what fans can expect to hear during ROUGH RIOT's live shows, Shortino said: "Well, they're gonna hear a combination of some ROUGH CUTT and some QUIET RIOT — a lot of songs, pretty much, that we did on the record that we did together, which was 'QR'; it was the fourth QUIET RIOT record. And we're gonna do some of the hits that the band had — 'Cum On Feel The Noize', 'The Wild And The Young' and also 'Metal Health', of course. And then you're gonnahear 'Piece Of My Heart' from ROUGH CUTT, some 'Double Trouble'. And then 'Stay With Me Tonight' — some of the songs that I did with the QUIET RIOT guys. It's gonna be quite a night, because a lot of the songs that we wrote together on that album we actually never performed in the United States. We toured Japan and we toured South America, so it'll be, it will be something that fans have been waiting for for a long time to hear this stuff, because they'll never really hear this music unless we actually do it." Cavazo added: "We actually had a good catalog to choose from, so we're basically playing the best stuff of QUIET RIOT and the best stuff of ROUGH CUTT." 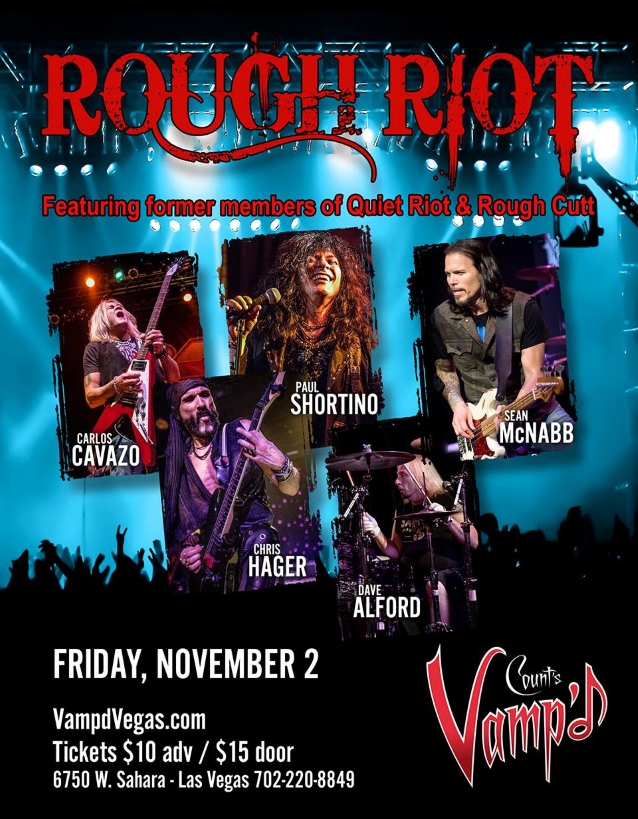