Asked in a brand new interview with RollingStone.com if he was able to get every guest musician that he wanted, Hagar said: I didn't really want to say this, but I'm completely honest: James Hetfield [METALLICA] is a dear friend and we hang out in Hawaii a lot. Kid Rock did the duet on 'Knockdown Dragout', which he recorded for me instantly. I would've just as soon had James Hetfield do it, but I ran into Kid, because I did that Detroit show with him, and we were communicating about other stuff and about his tour, so I just spontaneously asked him to sing on the track. And, boom, it got done. After he finished it, I thought that I would get James to sing just the 'Knockdown! Dragout!' part. I sent it to him and told him Kid Rock was on there and the whole thing, and he got back to me and said, quote-unquote, 'I'm completely flattered that you would want my sailor-assed voice on your record.' And then he said, ' . . . but it isn't my style.' And I said, 'It's OK. I still love you, James.'"

He added: "James has become just such a great frontman. He's really powerful, and he doesn't bullshit. He's not up there doing cheap shit to become a good frontman, like I do. I'll use a stupid line like, 'Are we having any fun yet?' just to get a reaction. And I know how to say something right before you end a song, so the band ends it and you get a big giant cheer because of something I said, and it sounds like they loved the song. I know all them little old veteran tricks. James doesn't even use that shit and he's still got charisma up the ass. He's really strong, man.

"I really wanted him on there, but it doesn't fit. I was cheating by sending him that song, because if he would've heard the whole album — if a METALLICA fan would've heard this album and bought it because he was on there, they would be pissed off. This isn't a METALLICA record, you know? But he's my friend, and I would've loved to have had him on it." 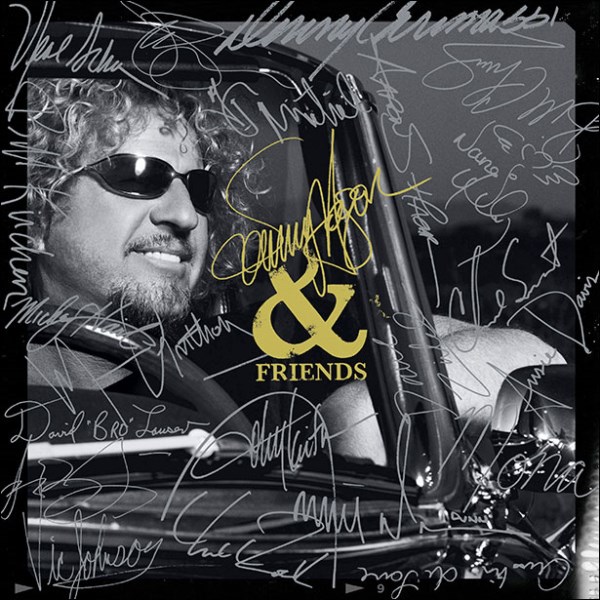