SAXON and BLACK STAR RIDERS have been confirmed as the support acts for JUDAS PRIEST on the British heavy metal legends' spring 2018 North American tour. The "Firepower" trek will kick off on March 13 in Wilkes Barre, Pennsylvania and will wrap on May 1 in San Antonio, Texas.

"Delighted and honored to be touring the USA with our friends and legends JUDAS PRIEST and SAXON," said BLACK STAR RIDERS vocalist Ricky Warwick. "BLACK STAR RIDERS cannot wait to bring some 'Heavy Fire' to your town in 2018!"

SAXON recently completed mixing its new album, "Thunderbolt", for a tentative late January release. The disc will feature the song "They Played Rock And Roll", written about and dedicated to MOTÖRHEAD. 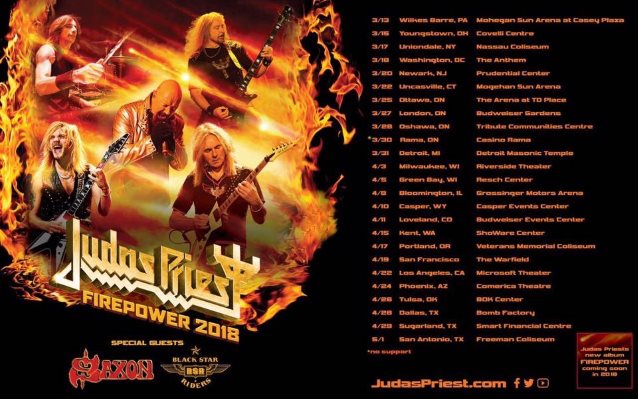