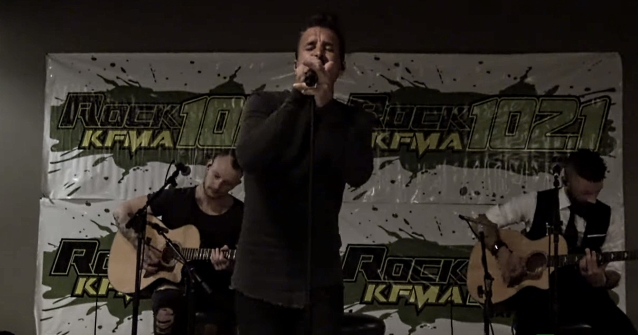 Video footage of Scott Stapp's April 8 acoustic performance at Brother John's in Tucson, Arizona can be seen below (courtesy of Rock 102.1 KFMA).

Scott's first album in six years, "The Space Between The Shadows", will be released on July 19 via Napalm Records. The disc is powered by Stapp's introspective lyrics and his pitch perfect delivery that has consistently brought anthems of gratitude and optimism to music's darker side.