Belgium's SERPENTCULT, the new band featuring former members of THEE PLAGUE OF GENTLEMEN and WELKIN, will release its full-length debut, "Weight of Light", will in North America on January 27, 2009 via Rise Above Records.

A four-piece from Ghent, Oost-Vlaanderen, SERPENTCULT delivers punishing, down tuned music that transcends the standard doom fare into a maze of monolithic, molten metal. SERPENTCULT's massive sound, a self-described "neck-breaking, down tuned riffing apocalypse," has drawn parallels to CELTIC FROST, CATHEDRAL and ELECTRIC WIZARD and met with much critical acclaim within the underground metal community since the band's formation in 2006.

Recorded at Priory Studios in Birmingham, England with producer Greg Chandler (of UK doom act ESOTERIC) and mixed by Billy Anderson (SLEEP, NEUROSIS, MELVINS) at his Oakland home studios, "Weight of Light" is a dark, thundering storm of sound. SERPENTCULT's unorthodox, gnarled guitar work and Cliff Burton-inspired wah-wah bass flow throughout the album like a never-ending stream of lead weight ploughing its way across sodden landscapes to create elephantine grooves that back the "air raid siren vocals" of Michelle Nocon (which have inspired comparisons to Geddy Lee, Messiah Marcolin and Bruce Dickinson). The combination of savage material and the heavyweight pedigree of the production team has resulted in the creation of one the absolute heaviest metal albums you are likely to hear. 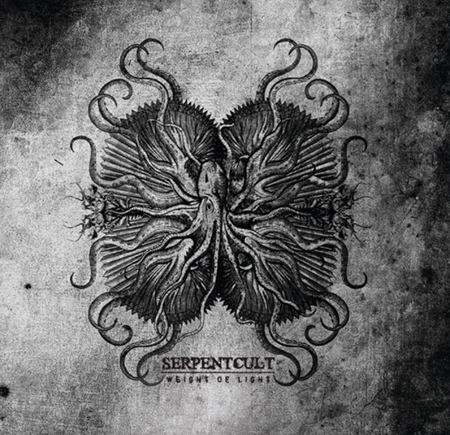