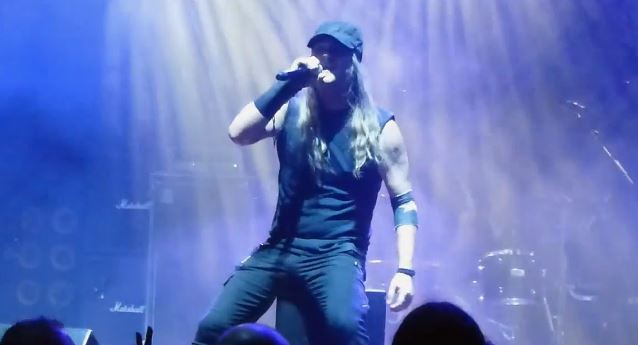 Fan-filmed video footage of SKID ROW's November 26 performance at Le Bikini in Toulouse, France can be seen below.

"Rise Of The Damnation Army - United World Rebellion: Chapter Two", the latest EP from the current lineup of SKID ROW — Johnny Solinger (vocals), Scotti Hill (guitar), Rachel Bolan (bass), Dave "Snake" Sabo (guitar) and Rob Hammersmith (drums) — sold around 1,300 copies in the United States in its first week of release. The CD, which came out on August 5 via Megaforce Records, contains covers of QUEEN and AEROSMITH classics as bonus tracks.

Speaking about SKID ROW's decision to record and release a series of EPs instead of a full-length album, Sabo told RAM: "In this day and age, visibility is more important now than it's ever been. When you are out of sight, you are out of mind quick. More so in the States than in the UK and Europe. People move quickly and away from something in the States."

He continued: "It's sad to say, though, but I think that music isn't as important as it once was. Not to me, and not to us, obviously — this is what we do — but it just seems like it's taken… I hate to say a 'backseat,' but a less promiment role in the fabric of people's lives."

Asked what he thinks has taken the place of music in people's lives, Sabo said: "Technology. [It's] sensory overload. Software engineers are the new rock stars. I mean, you come up with a great app [and] you're a superstar. And that's just the way the world is turning right now."

He continued: "I don't lament the past in any way. You adapt or perish. But the great thing is that we're still afforded the opportunity to play music. And so, given that, we're extremely humbled and thankful for that. I get to sit here and talk to you and play a show tonight, which is incredible. I mean, here I am, an ungodly amount of years after I started playing guitar, and I still get to play guitar for a living. Seriously, it's pretty crazy. And that's something that we certainly don't take lightly, and it's really important for us. It's something we think about and we're very, very conscious of every day. I said the other night, too, when we were on stage. I woke up and I wasn't feeling good, and I kind of was, like, 'Yeah, but, man, I get ti jam with my buddies. It's pretty cool, man.'" 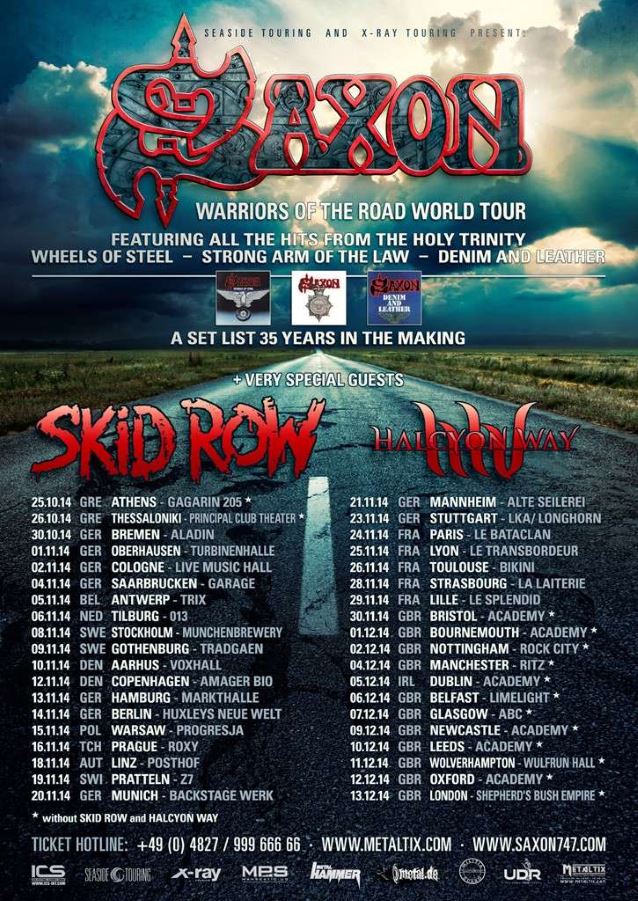