SLIPKNOT has announced a European tour for summer 2021.

The trek will kick off on July 16 at Moscow, Russia's Park Live Festival and conclude on August 19 at Charleville-Mézières, France's Cabaret Vert Festival. There will also be stops in Ukraine, Romania, Bulgaria, Greece, Austria, Czech Republic, Germany and Sweden.

Last month, SLIPKNOT singer Corey Taylor told "Good Company" that the band is "thinking about putting another album out maybe next year. But I don't know. I don't know what the plan is yet. But I know that we were talking about doing it, 'cause we only have one album left on our contract [with our record label]."

In October, SLIPKNOT percussionist M. Shawn "Clown" Crahan confirmed that the band has been using some of the downtime during the coronavirus crisis to work on new material.

Earlier this year, Crahan said that a set of 11 previously unreleased songs recorded by four members of SLIPKNOT during the sessions for its 2008 LP "All Hope Is Gone" will arrive at some point during the "We Are Not Your Kind" touring cycle.

Crahan revealed the existence of the music in 2018, saying that he, Taylor, guitarist Jim Root and DJ Sid Wilson wrote and laid down the more psychedelic-flavored tunes at a separate studio during an impasse in the recording of "All Hope Is Gone". 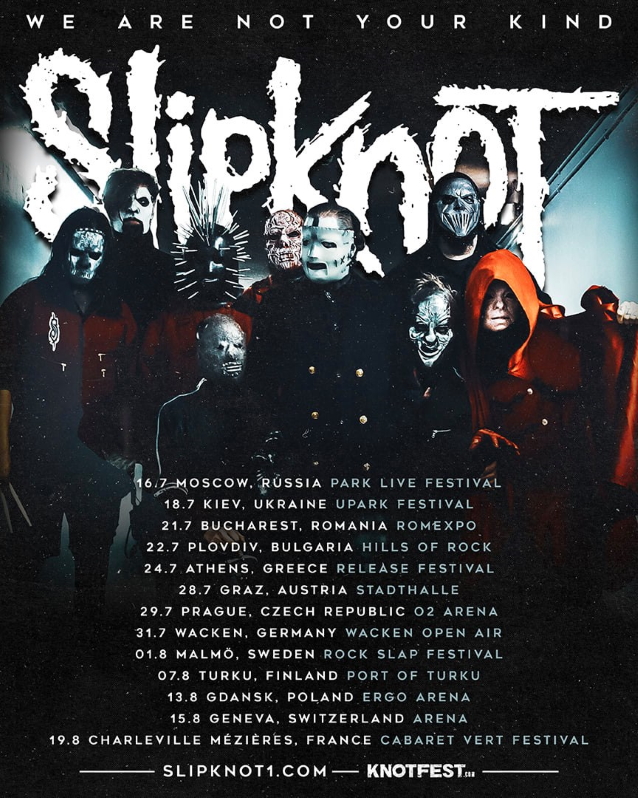