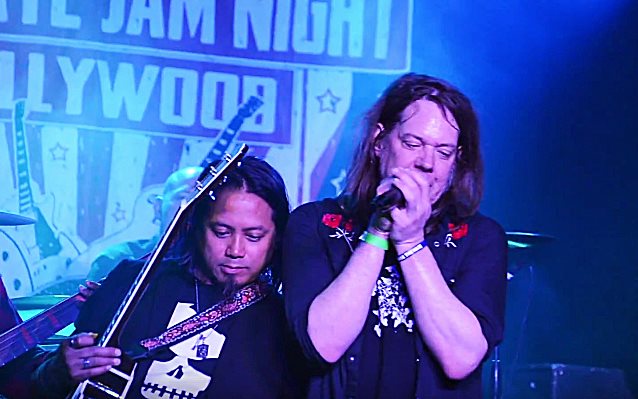 In response to the tragic passing of Chris Cornell, Ultimate Jam Night, the long-running show in residency at Hollywood's Whisky A Go Go held a special tribute in his honor on Tuesday, May 23. The event was free of charge and was broadcast worldwide on Zinna.TV.

Video footage of some of the performances can be seen below.

Cornell's remains were cremated on Tuesday (May 23) ahead of a private funeral service set to take place this Friday (May 26), according to TMZ. A small group of family and friends were on hand for the cremation, including his brother Peter, his wife Vicky, and his friends Linda Ramone and singer J.D. King.

The funeral on Friday will be held at Hollywood Forever Cemetery in Los Angeles, California. Cornell's attorney told Variety that after 3:00 p.m. local time on Friday, following the private ceremony, the public is welcome to visit the gravesite. Information about larger public memorials was still undecided at press time.

The 52-year-old was pronounced dead early last Thursday morning (May 18) after being found unresponsive in his Detroit hotel room on Wednesday night. SOUNDGARDEN had played a show earlier that evening.

The official cause of death was suicide by hanging, although the result of a full autopsy and toxicology tests are pending.

Cornell's wife has said he may have taken more of the anti-anxiety drug Ativan than he was prescribed, with side effects that could have contributed to his demise.

Meanwhile, SOUNDGARDEN's longtime front-of-house engineer and tour manager, Ted Keedick, told TMZ that the vocalist seemed to be "high" during the band's last performance in Detroit, hours before Cornell's death.

Keedick revealed, "Chris was out of character from note one of the show. I've never heard or seen him that way before, at least if we did not cancel a show... I'd never heard his voice that way before. He was having serious control problems."

The engineer said that at one point during the concert he was so concerned he phoned someone backstage from his mixing board in the middle of the venue and asked what was wrong with Cornell. He added that the singer seemed "fucked up" but not depressed.