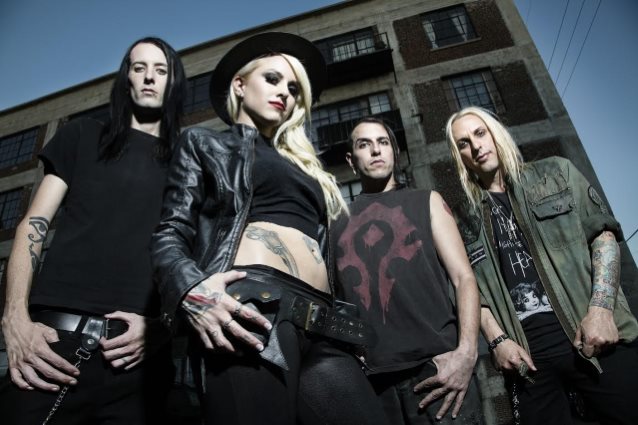 STITCHED UP HEART's debut full-length offering, "Never Alone", is set for a June 17 release via Another Century. The group's new video for the Active Rock single "Monster" can be seen below.

STITCHED UP HEART singer Mixi states: "The track 'Monster' was the very first song we wrote for the new record with Another Century.

"The night before we went in the studio, I was getting tattooed by my artist Mr. Monster and he asked me to write a song for him. That's where the idea started. The next day the producers, Merritt (our lead guitarist) and I met up to start the writing process. The studio was dark with spell books, herbs, spices and other various weird ritual stuff. There was an odd feeling that overcame me, almost like a beast was ready to be set free. I'm not sure if it had anything to do with the environment, our determination to kill this record or the mass amounts of monster energy drinks I had that day, but something came over me and was unleashed into the recording."

She continued: "The same thing happened shooting this video. There was something that just needed to be let out. The director, Robert Graves, and producer, Marco DeMolina (BUCKCHERRY, BUTCHER BABIES), were very good at capturing the crazy energy in each take. It only seemed to take one or two times to get the shots he wanted. Everything ran very smoothly. The location had a lot of history as well. I remember in between takes at one point I really felt possessed or something. There was a scene shot in a chamber I was looking around the room with a feeling like I had been in there forever and would never get out. Maybe it's just something about the song lyrics about releasing this beast inside of me, or maybe I really am a monster."

STITCHED UP HEART is described in a press release as "a band built around the strength that comes from realizing we are the only ones that control our lives, and focused on the hope that reminds us there is always light at the end of the darkest tunnel. It's something heavy and powerful, jarring the album's epic closing track 'I Can't Breathe' from a piano-paced ballad that would do Lady Gaga proud, to a metallic onslaught of drop-tuned guitars that is sure to see the band sharing a stage with the hardest of their hard rock peers. And it is something undeniable, Mixi's voice taking flight amidst anthems of self-awareness that bridge the unrelenting confidence of IN THIS MOMENT's Maria Brink and the soulful transcendence of Adele." 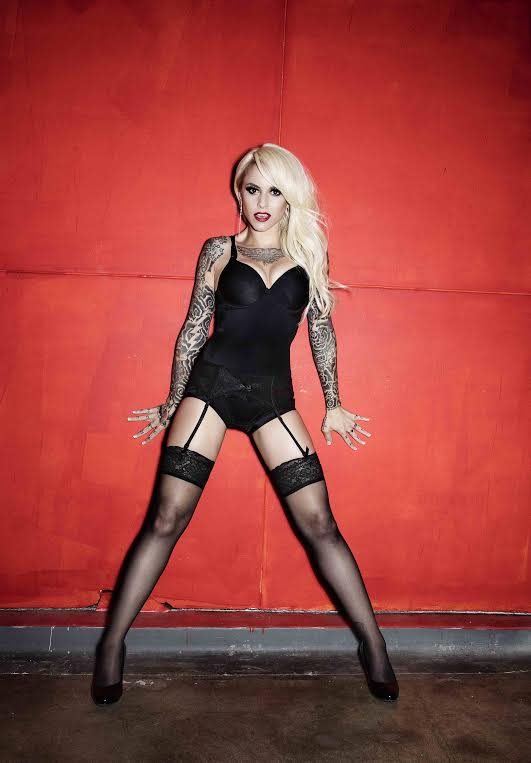 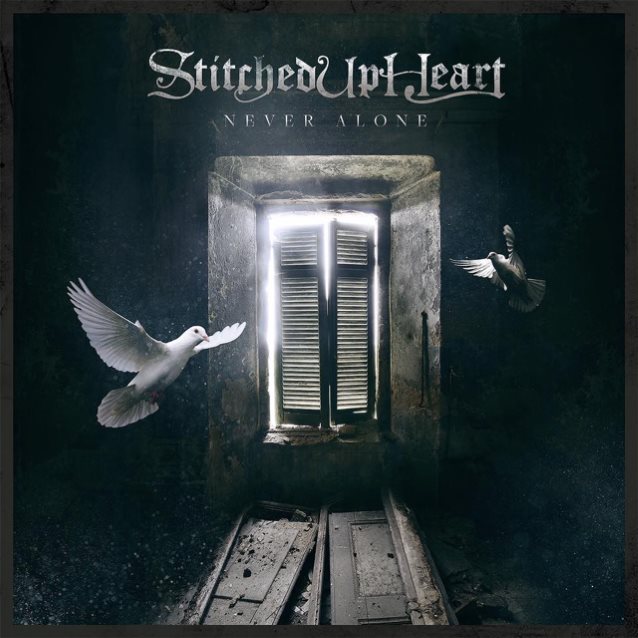