The official Suzi Quatro documentary feature "Suzi Q", which charts the 54-year career of the pioneering female rocker who burst on to the scene in the 1970s, is set to open in theaters July 1 and release on Blu-ray, DVD and VOD on July 3, courtesy of Utopia.

"Suzi Q" is the definitive, unexpurgated story of the girl from Detroit City who redefined the role and image of women in rock 'n' roll when she broke through around the world in 1973. Singer, songwriter, bass player, author, actress, radio presenter, poet, still touring and recording music — there is only one Suzi Q.

"Suzi Q" positions Suzi as the trailblazer and inspiration for a generation of women who were to follow after her in the next decade, but whose trailblazing status was not sufficiently recognised by the music industry and contemporary audiences, especially in North America. "Suzi Q" reminds contemporary audiences of her pioneering influence, white-hot talent and string of incandescent rock hits, like "Can The Can", "48 Crash" and "Daytona Demon" that were the vehicle for her explosion of gender stereotypes in rock n roll, rewriting the rule book for the expected image of women in rock music and reaching millions of people worldwide in the process.

Brady says: "Over the four-plus years making the film, the idea that Suzi's status had been forgotten in the USA slowly dawned on us — because in the rest of the world everyone knows that she is the first and one of the most important trailblazers in rock 'n' roll! And that then influenced the direction the film took — it became our mission to redress history. Getting the film out to American audiences ultimately became our major goal, so Liam and I are thrilled that Utopia are taking it out in the U.S. In the U.K., Europe and Australia, the film is a celebration — for North America the film should play like a rediscovery story."

Schwartzman says: "We're honored to play a part in sharing Suzi Q's legendary story. She is a bold voice in rock 'n' roll and a trailblazing icon who remains an inspiration to those who continue to follow in her footsteps." 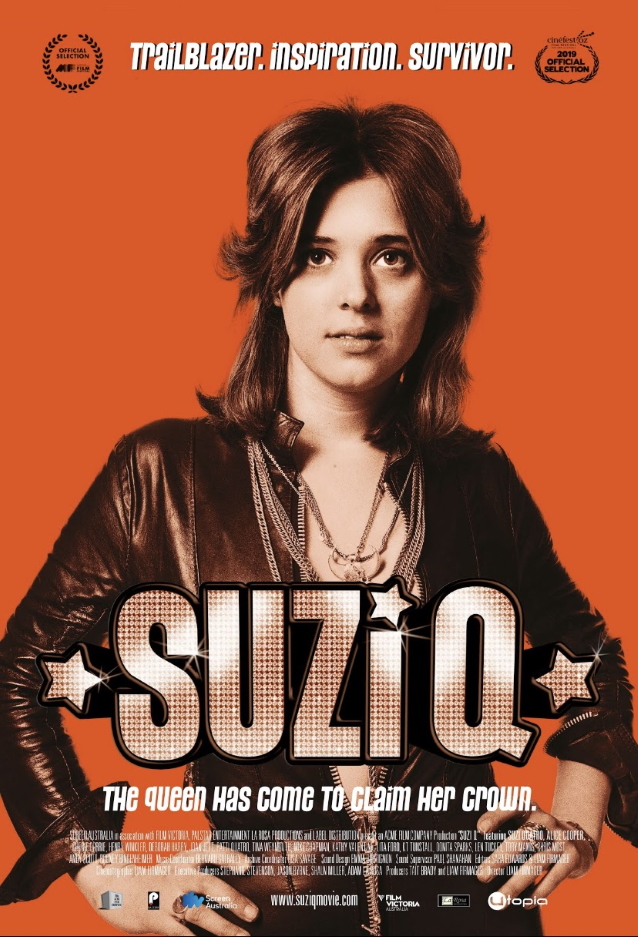