Manchester, UK-based retro rockers THE FREEZING FOG have revealed the artwork (see below) for their upcoming self-titled album. It comes courtesy of UK artist Drew Millward, who has previously worked with the likes of MELVINS, BIG BUSINESS, BARONESS, UNSANE and ARCTIC MONKEYS.

Recording for the new CD was completed at Foel Studios in Wales with Chris Fielding (CAPRICORNS, HAWKWIND, PORCUPINE TREE). From there it was mixed in Boston at Godcity Studios by Kurt Ballou of CONVERGE and mastered at New Alliance East by Nick Zampiello, who has worked with the likes of TORCHE, PELICAN and ISIS. An early 2009 release is expected.

Formed in Manchester, United Kingdom during the early part of 2006, THE FREEZING FOG features members of the sorely missed BEECHER.

While BEECHER was all about the cutting edge, THE FREEZING FOG is a retro heavy rock/metal band which effortlessly blends classic rock with pop structures and contemporary metal influences.

With a two-song 7" release on Calculated Risk Products, a full-length LP recorded by Kurt Ballou in Boston, released on Roadkill Records and a split 12" with fellow Eyesofsound band MANATEES all under their belt, the Mancunian five-piece is ready to unleash its second album and Eyesofsound debut.

Over the past year the band have been writing and honing the new material to perfection. Guitarist/backing vocalist and former BEECHER frontman Edward Godby had this to say about it: "Where once THE FOG were pre-occupied with incorporating stoner style groove and epic doom into the musical mix, there is now a definite, more intent focus. Attention has turned entirely to what we do best — tight, '70s influenced hard rock, with a classic British heavy metal edge. This, our eponymous second LP, will serve to define precisely what THE FREEZING FOG was always intended to be about." 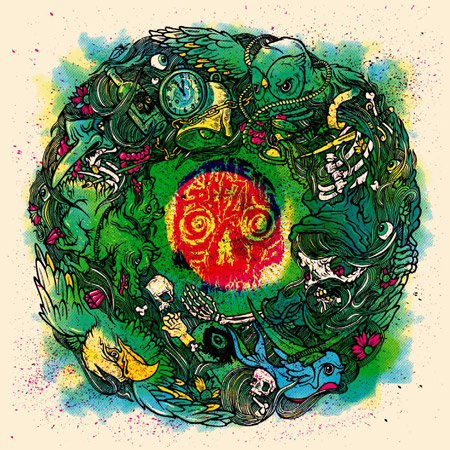