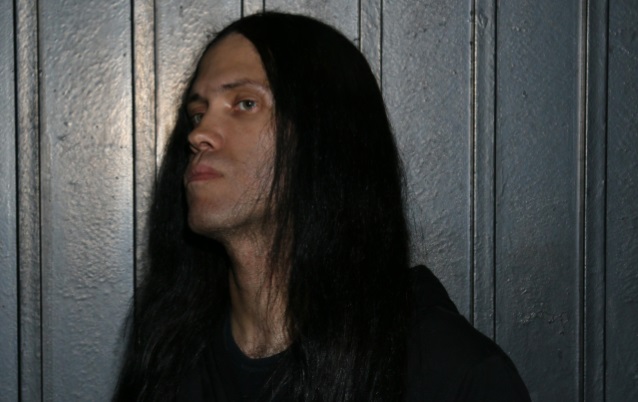 "Restore The Truth", a brand new song from the Los Angeles-based metal band THROWN INTO EXILE, can be streamed using the SoundCloud widget below. The first THROWN INTO EXILE track to be released in over a year was mixed and produced by Steve White (ex-ALL HAIL THE YETI) and features former SCAR THE MARTYR vocalist Henry Derek Bonner (pictured) and ex-DEVILDRIVER drummer John Boecklin.

THROWN INTO EXILE is currently gearing up for a collaboration SOILWORK singer Björn "Speed" Strid, as he will make a guest appearance on upcoming song.

THROWN INTO EXILE's new lineup will make its live debut on December 26 as the support act for Bay Area metal veterans DEATH ANGEL and doom metallers ORCHID at the Whisky A Go Go in West Hollywood, California.