"Holy Motherfucker", the new video from reunited Swedish heavy rockers TRANSPORT LEAGUE, can be seen below. The clip was filmed in Brooklyn, New York in late February and was directed by the media company 11 Frames, which has previously worked with such bands as THE UNGUIDED, CRUCIFIED BARBARA, OUTSHINE, ICON IN ME and DEGRADEAD.

TRANSPORT LEAGUE released a three-song EP titled "A Diezel Smelling Aftershock" on February 10 through frontman Tony Jelencovich's (DEATHDESTRUCTION, B-THONG, MASSIVE AUDIO NERVE, MNEMIC, ICON IN ME) Hoffa Communications. The EP was released digitally but was also made available in physical form as a 300-handnumbered-copies limited edition.

The Diezel Package containing the EP, an A2 poster, A6 aticker and a TRANSPORT LEAGUE pick can be ordered at this location.

TRANSPORT LEAGUE's latest album, "Boogie From Hell", was released digitally on May 20, 2013 via Hoffa Communications.

"Boogie From Hell" was tracked over a 17-month period and was mixed by Svein Jensen at Grand Recordings in Gothenburg, Sweden. The CD's sound is described in a press release as "groovy, shaky-boogie-rock 'n' roll metal … for the fans of CLUTCH, CATHEDRAL, CORROSION OF CONFORMITY, MUSTASCH and even VOLBEAT."

TRANSPORT LEAGUE last fall completed a short tour of Sweden and The Netherlands. Guitarist Peter Hunyadi was forced to sit out most of these shows due to "serious health problems." Filling in for him on the road was Dan Johansson (GENEROUS MARIA, MARY BEATS JANE). 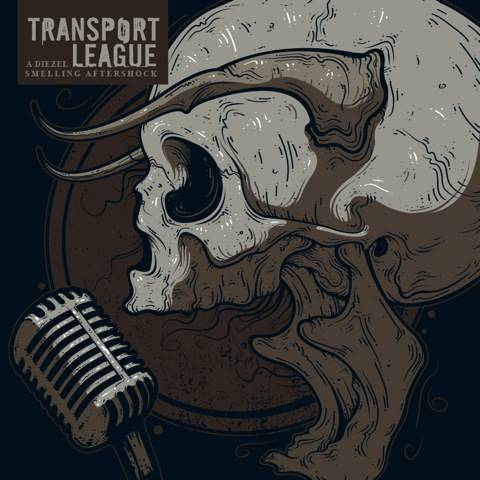