U.D.O., the German band led by former ACCEPT frontman Udo Dirkschneider, celebrated its 20th anniversary by playing two special shows in Germany on April 30 in Solingen at Cobra and May 3 in Tuttlingen at Stadthalle. The three-hour Tuttlingen concert was filmed for a DVD and live CD, entitled "Mastercutor Alive" (see artwork below), to be released on September 26 on ZXY Music in three different formats:

Three songs from the CD — "Mastercutor", "Vendetta" and "Burning" — are available for streaming on the band's web site.

Check out pictures of the Tuttlingen show: Part 1, Part 2.

The DVDs will feature 5.1 Surround Sound.

U.D.O. released a "best-of" album, "Metallized - 20 Years of Metal", on November 30 via AFM Records. The CD booklet is filled with photos from the last 20 years and and includes liner notes written by Metal Hammer journalist Andreas Schöwe. The first 12 songs on the collection were chosen by fans via the official U.D.O. web site, while tracks 13 to 16 consist of two unreleased songs, an acoustic version of the ACCEPT classic "Balls to the Wall", and a live version of "The Bullet and the Bomb". 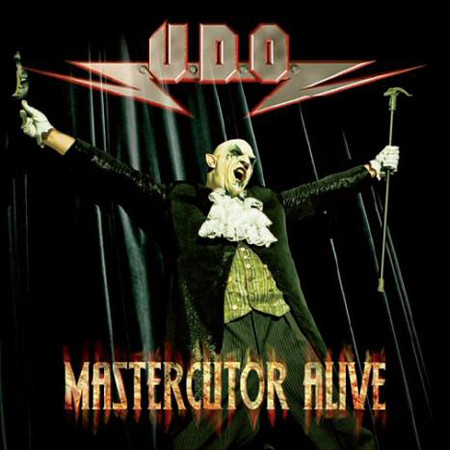