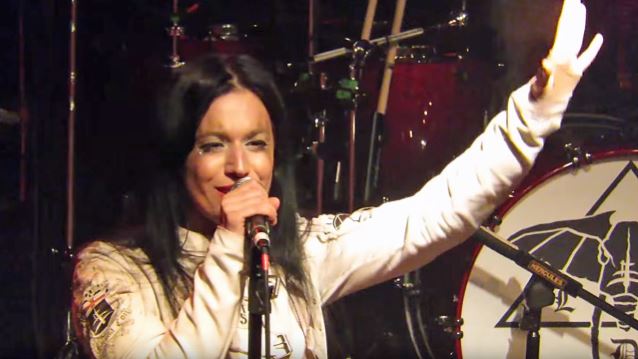 Fan-filmed video footage of LACUNA COIL's June 7 performance at Exit/In in Nashville, Tennessee can be seen below.

LACUNA COIL's new album, "Delirium", entered The Billboard 200 chart at position No. 33 with first-week sales of just over 13,000 units — nearly all from pure album sales. The set follows the No. 27-peaking "Broken Crown Halo", which also opened with around 13,000 copies back in 2014.

"Delirium" was released on May 27 through Century Media. The CD was recorded at BRX Studio in Milan between December 2015 and February 2016. The effort was produced by LACUNA COIL bassist and main songwriter Marco "Maki" Coti-Zelati, with engineering by Marco Barusso and additional assistance from Dario Valentini. Coti-Zelati also created the artwork for "Delirium", which is based on an atmospheric session captured by Italian photographer Alessandro Olgiati. 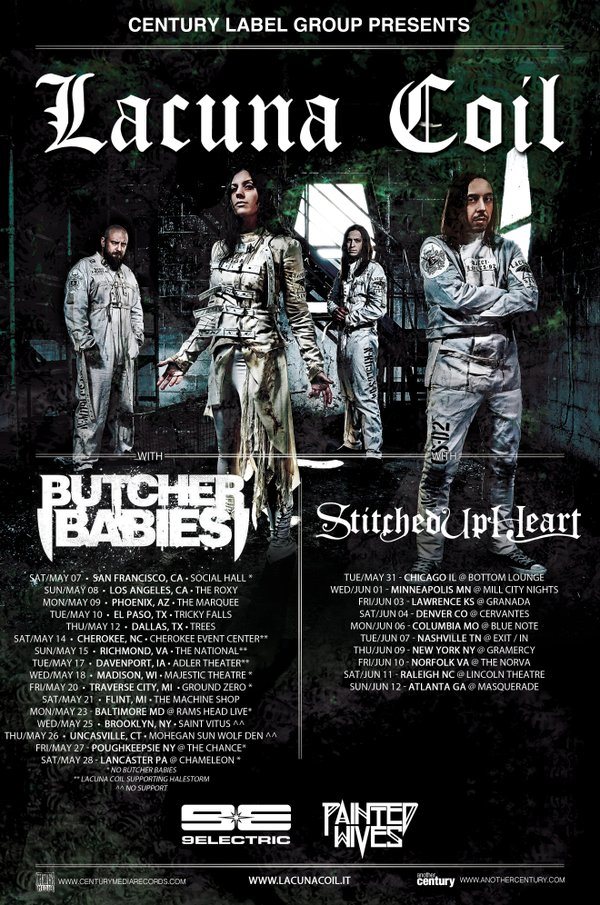