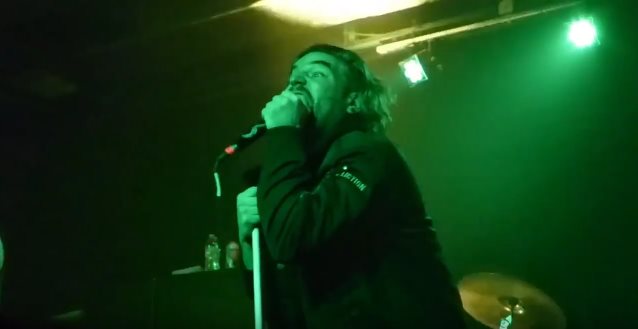 Fan-filmed video footage of California deathcore masters SUICIDE SILENCE perorming on February 19 at Paper Tiger in San Antonio Texas can be seen below.

SUICIDE SILENCE vocalist Hernan "Eddie" Hermida last week defended the band's decision to explore new musical territory on the group's latest, self-titled fifth abum, explaining that "if we didn't do this, it would be doing a disservice to the (band) name."

"Suicide Silence" will be released on February 24 via Nuclear Blast Entertainment. The CD was produced by Ross Robinson, who has previously worked with KORN, SLIPKNOT, LIMP BIZKIT and SEPULTURA, among others, and was mixed by Joe Barresi (KYUSS, MELVINS, TOOL, QUEENS OF THE STONE AGE). 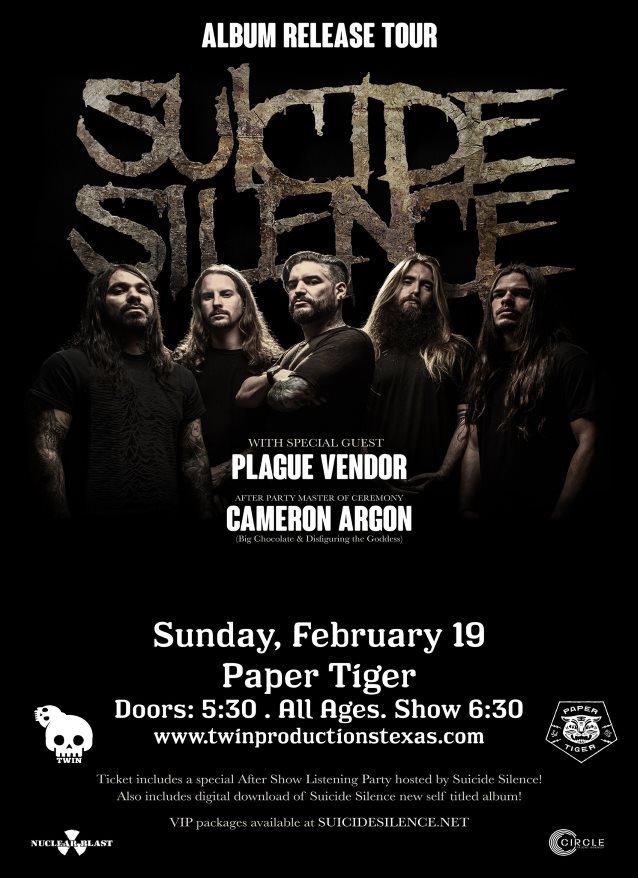