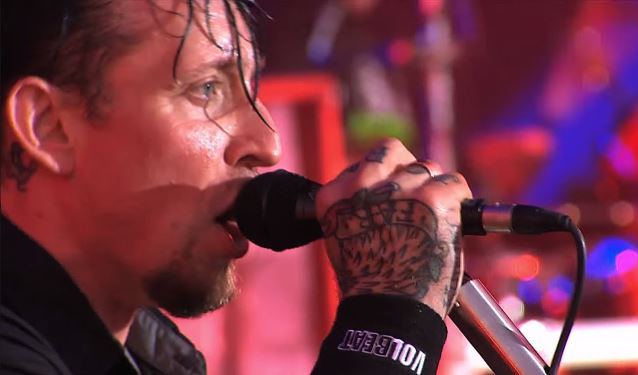 There will be only one chance to experience VOLBEAT live in Europe next year. Denmark's global phenomenon will perform a one-time, unique concert on August 1, 2015 in The Thousand Year Forest a.k.a. Tusindårsskoven. Located in Odense, Denmark, the rural grounds are surrounded by garden associations, a lot of trees, a golf course and the 150-year-old railroad that runs across Funen connecting the island with the surrounding Zealand and Jutland.

VOLBEAT will celebrate the tenth anniversary of the release of its debut album, "The Strength/The Sound/The Songs", in 2015, and on this special night, the quartet has planned an evening for the ages with unique stage production and a set featuring songs spanning their entire career. Selections from VOLBEAT's debut album through the band's latest CD, "Outlaw Gentlemen & Shady Ladies", and maybe a few samples from the group's upcoming sixth album will be performed the evening of August 1, 2015.

Comments VOLBEAT lead singer and guitarist Michael Poulsen: "2015 is primarily set aside for finishing the writing of our sixth album, recording it, and then taking some time off.

"When we got this opportunity to play an exclusive show in Odense, it was one we couldn't resist.

"It has been five years since we last played a big show in Odense, and we look forward to welcoming our fans from Denmark, elsewhere in Europe, and maybe from around the world as well."

VOLBEAT will reveal the supporting acts for this special night in the coming months.

Tickets will be available to the general public on December 7 at 9:00 CET. Members of the VOLBEAT fan club Rebels & Angels will get exclusive access to presale 24 hours earlier, on December 6 at 9:00 CET. For the many VOLBEAT fans outside of Odense, it will be possible to buy tickets including bus rides from different cities around Denmark.

"Outlaw Gentlemen & Shady Ladies" has sold more than 259,000 copies in the U.S. The set features the No. 1 singles "The Hangman's Body Count" and "Lola Montez", as well as the Top 5 track "Dead But Rising" and new single "Doc Holliday". 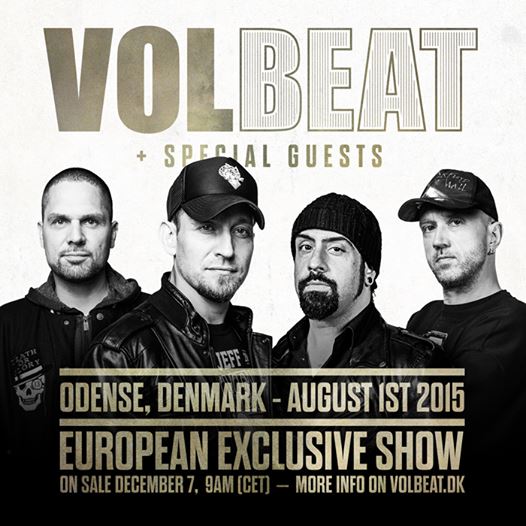