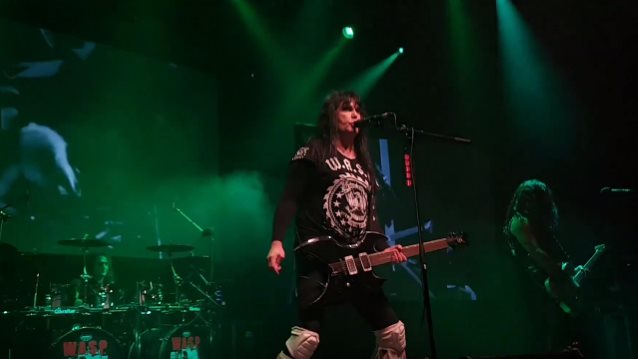 Brazilian drummer Aquiles Priester made his live debut with W.A.S.P. at the opening show of the band's "Re-Idolized - The Crimson Idol 25th Anniversary World Tour" Monday night (September 25) at Trädgår'n in Gothenburg, Sweden. Fan-filmed video footage of the concert can be seen below.