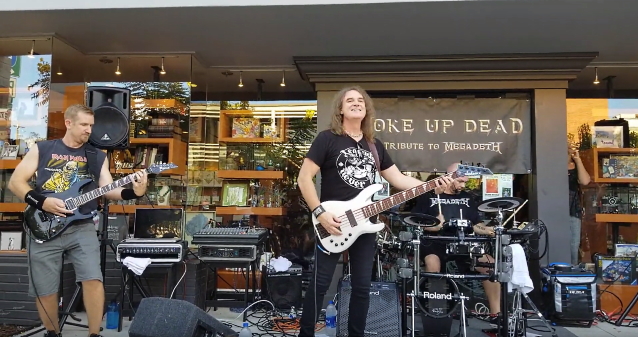 MEGADETH bassist David Ellefson performed with the MEGADETH tribute band WOKE UP DEAD before a meet-and-greet and signing session on August 4 at Warwick's Books in La Jolla, California. Joining them on vocals was Ellefson's partner, and "More Life With Deth" book co-author, Thom Hazaert. Video footage can be seen below (courtesy of YouTube user "The Nerdy Book Fairy").

"Sleeping Giants" is a retrospective featuring several new tracks, plus a collection of demos, and unreleased material spanning David's career outside of MEGADETH, including the unreleased demo "If You Were God", featuring John Bush (ANTHRAX, ARMORED SAINT), and several unreleased demos featuring former HOUSE OF LORDS/GIUFFRIA vocalist David Glen Eisley. The CD version will also include a second bonus disc, featuring a compilation of EMP and Combat Records artists, including WRATH, LAST CRACK, DOYLE, ARISE IN CHAOS, SUNFLOWER DEAD, Marc Rizzo, and more. 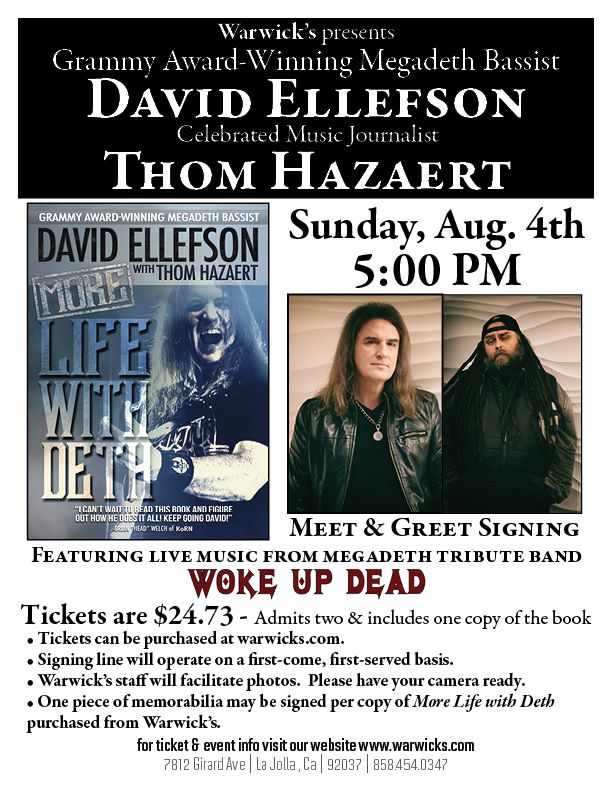