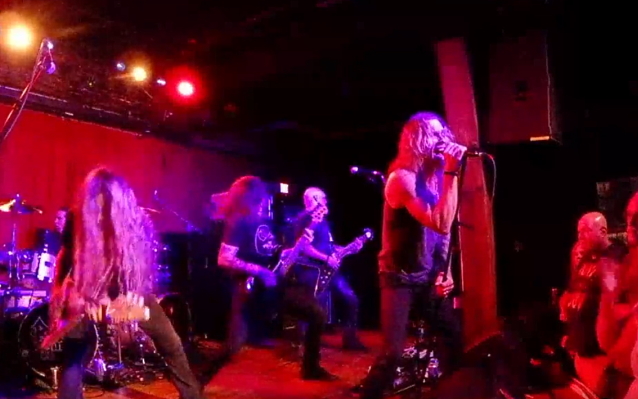 RESIST & BITE is currently mixing its debut album, which was recorded over a 21-period at Sound Stage Studios in Nashville, Tennessee with producer and engineer Michael Rosen.

Skeoch left TESLA in 2006 and went on to receive treatment for substance-abuse issues. He has since been replaced by Dave Rude. Asked in an interview with SiriusXM's "Trunk Nation With Eddie Trunk" if he exited the group of his own accord or if he was asked to leave, Tommy said: "I was fired. I was getting fucked up and I was definitely in the wrong about a lot of stuff, and they put up with it for a long time. But at the same time, none of us were angels, and we put up with a lot of stuff from the other guys for a long time too, and they're still there. So I felt like a little scapegoated by the thing. And the other thing is they didn't want people — I guess for the benefit of my family, so it wouldn't look bad — they said, 'Tommy's just gonna spend time [with his family].' That's why nobody knows, and that's why you're asking this question. Everyone's confused on even what happened. Basically, I was fired. I was getting fucked up, and I kept fucking up, and I kept telling 'em I wouldn't, and I just couldn't stop."

Skeoch added that he accepts responsibility for the circumstances that led to his departure from TESLA. "I do, of course," he said. "But I also believe we put up with a lot of shit for a long time from almost every other guy in the band, and they're still there. So I don't know what's up with that; that's a little weird to me."

Last September, TESLA guitarist Frank Hannon was asked by Detroit's WRIF radio station if the band will ever work with Skeoch again. Hannon said: "When we were kids, Tommy Skeoch and myself, I was 16 and he was about 19 or 20. I used to really look up to him — I was a huge fan of his style, and still am, a great fan of his guitar playing. We were like best buds. And then we would collaborate and write songs like 'Modern Day Cowboy' or any of those TESLA songs, we'd write 'em together. But as time went on, man, the egos and the problems — myself included — throughout the years, the competition, it really drove a wedge between us. And the drugs and alcohol just really destroyed our relationship, I've just gotta be honest. We weren't supposed to talk about this stuff, but now I figure it's been long enough.

"I don't see that TESLA will ever go back, because we love Dave Rude, and Dave has really been a great addition to the band. And it would be disrespectful to him to go backwards to a toxic thing, a relationship that really got very toxic.

"Unfortunately, I don't think that TESLA will work with Tommy again — ever," Frank reiterated. "But I will say that myself, personally, I have always loved Tommy and I just wish him the best. I'm so glad that he's still alive, and I know he's got a new band out [RESIST & BITE] that put a song out called 'The Myth I'm Livin''. It was kick-ass; it had Tommy's guitar. Look, I'm getting goosebumps right now. Every time I hear Tommy Skeoch play, it brings a smile to my face, 'cause he's freakin' awesome. As a musician, I have nothing but love and respect for the guy. But I don't think TESLA will ever work with him again. But I do wish him the best."

In a 2011 interview with Noisecreep, TESLA singer Jeff Keith stated about Skeoch: "Look, everyone in TESLA has been through their own substance-abuse issues. But Tommy got in too deep again. So the band told him that the only way we would be able to make this work is if he was clean and sober. I felt like we couldn't ask him to do that if we weren't going to commit to it too. So I was the first one to say that I wouldn't drink, or do anything else, on the tour. The next thing you know, the other guys did the same thing. Troy [Luccketta, drums] has been clean and sober for over 20 years, so it wasn't even an issue for him... Tommy couldn't stay off the stuff he was doing. It broke my heart to see it, but we knew we had to replace him." 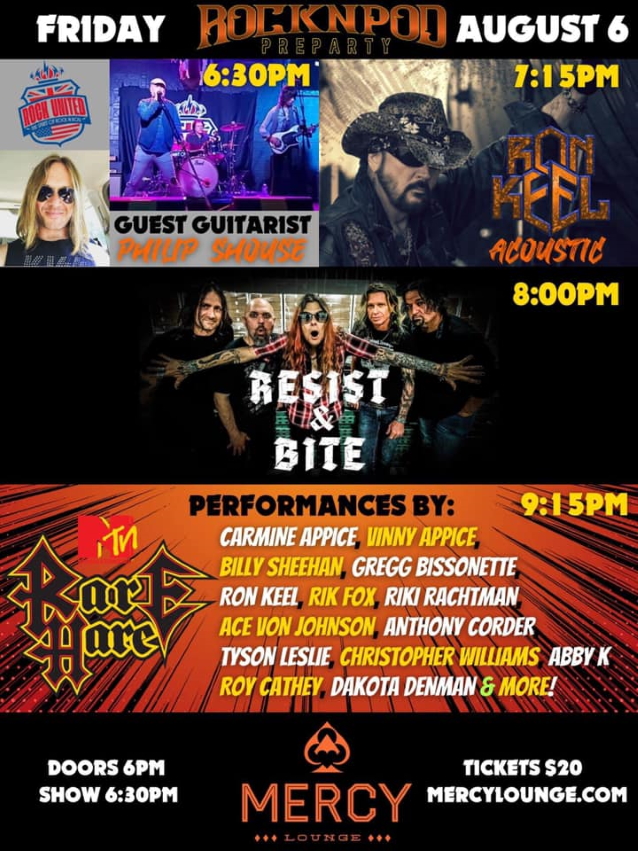