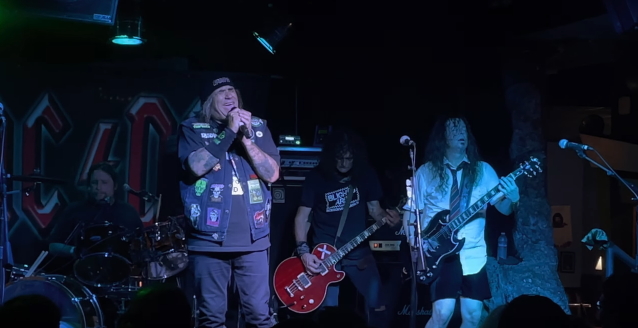 "I've always had a very close relationship with AC/DC growing up; they influenced me heavily and this will mean a great deal to me," Souza previously told BLABBERMOUTH.NET.

"I love performing, and this is another just another side of me, paying tribute to one of the bands that helped define me as a singer."

Carroll made his live debut with AC/DZ in July 2012 at the Pine Street Bar In Livermore, California.

In an interview with Myglobalmind, Souza stated about AC/DC's singer change following the death of Bon Scott: "You know, it took a while for everybody to get used to Brian Johnson after Bon. I was 16 when Bon Scott died, and I remember, I was, like, 'Oh, my god, what are they going to do?! That voice is that music.' He fitted that guitar, what they were doing; it was like a glove. How do you replace that? And then in time, Brian has become that, and out of everybody, I would have to say him and Bruce Dickinson [IRON MAIDEN] taking over from Paul Di'Anno did an amazing job in the transition." 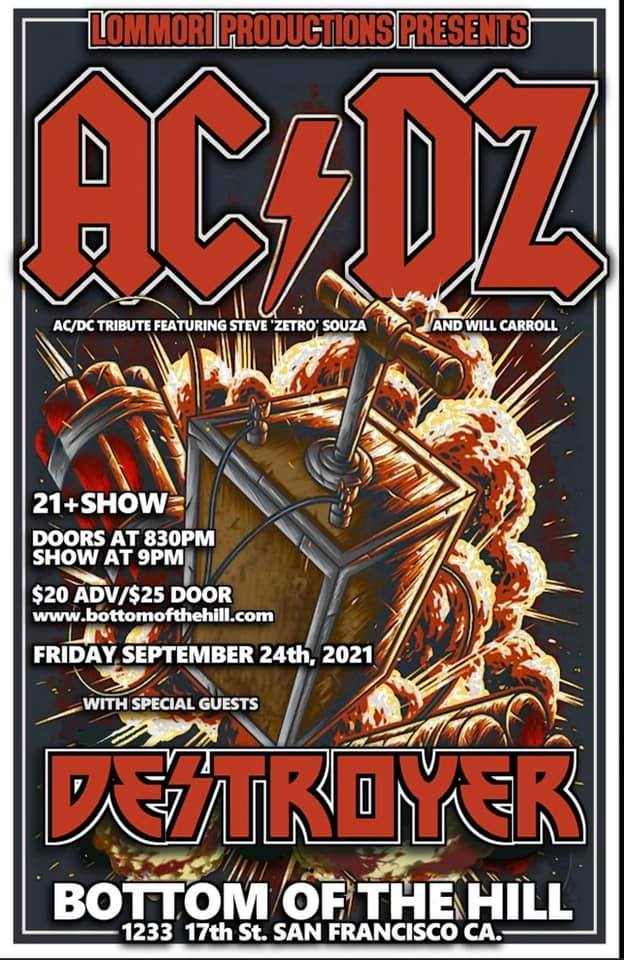