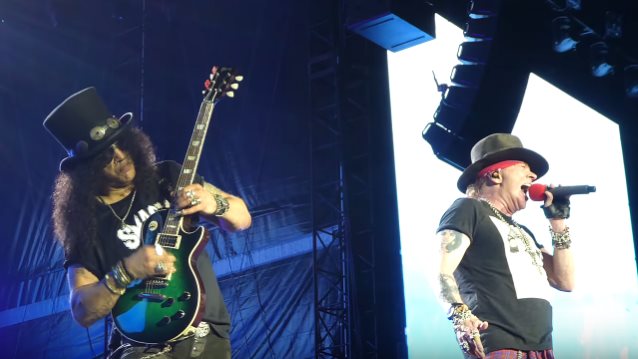 The 2017 North American leg of GUNS N' ROSES' "Not In This Lifetime" tour kicked off July 27 in St. Louis, Missouri and includes eleven newly announced dates in cities across the U.S., including Newark, D.C., Hartford, Louisville, Milwaukee, Nashville, Sacramento, and San Diego. They have also added a second stop in Toronto, and third dates in both New York and Los Angeles.

GUNS N' ROSES recently made Forbes magazine's "Celebrity 100" list of the world's top-earning entertainers for the first time. The band landed at No. 12 with earnings of $84 million in the past twelve months, before taxes and fees for managers.

GUNS kicked off its long-rumored and long-awaited reunion trek in April 2016 with a club show in Hollywood and appearances in Las Vegas and at California's Coachella festival. 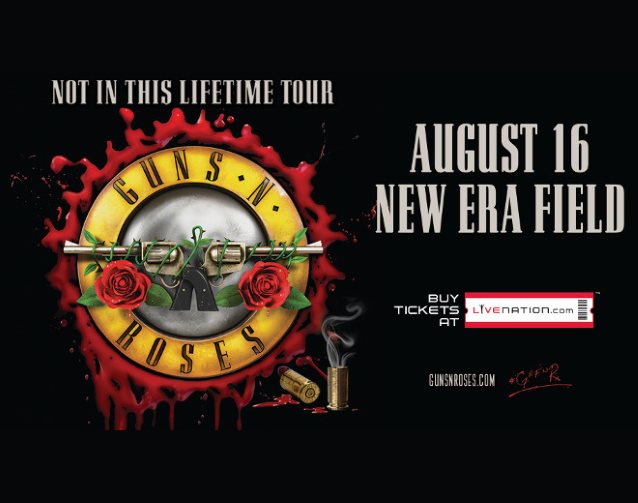