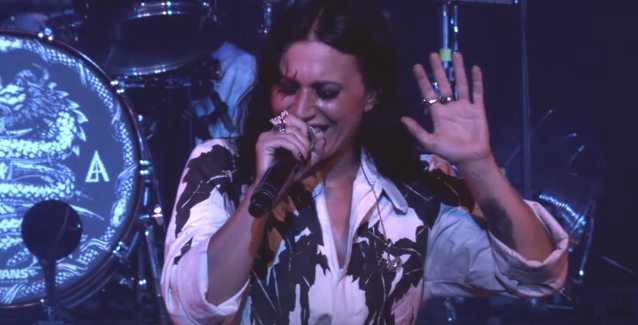 Italian metallers LACUNA COIL will release a new live album, "Live From The Apocalypse", on June 25 via Century Media.

A live version of the song "Apocalypse", which originally appeared on LACUNA COIL's latest studio album, "Black Anima", can be seen below.

Says vocalist Cristina Scabbia: "'Apocalypse' is factual and actual in today's pandemic, though we couldn't foresee this when we wrote it: the separation, the solitude, the confusion, the resilience. We keep on fighting for our will to survive."

"Live From The Apocalypse" is the fruit of an unprecedented time. Unlike previous live efforts the Italians, under the yoke of the pandemic, cleverly devised a way for their devoted fan base to hear and see them on stage by organizing a special livestream event performing their latest album, "Black Anima", in its entirety, in September 2020. This very special show will now be released on vinyl and CD as well as a digital album. The physical album formats come with a bonus DVD featuring the footage of the original live stream.

"Live From The Apocalypse" will be available in the following formats:

The vinyl version will be available in the following colors and limitations:

"Live From The Apocalypse" track listing:

By all accounts, this was no ordinary gig. Even though LACUNA COIL was in its hometown of Milan — at the famed Alcatraz Club — there were no fans to greet them. No roar of anticipation; no claps of adulation; no interaction with the people who had become deeply involved in and had a profound love for LACUNA COIL's music and live shows over two-plus decades. The livestream energy was different. It had to be. With hearts on their sleeves, cameras rolling, and the world tuning in online, LACUNA COIL brought "Black Anima: Live From The Apocalypse" to life.

"On one hand, it felt awkward to play for a huge empty room," says vocalist Andrea Ferro. " But on the other hand, it felt great to finally reconnect with our fans at home and with the people working behind the scenes. A lot of people enjoyed the show — it was definitely a one-off event loaded with a lot of emotions and feelings. 'Live From The Apocalypse' is an opportunity to offer a new release to our fans while the COVID-19 crisis is still a real thing, affecting them and us. The live album represents a unique moment in our career (and life) that will be forever remembered as that one time when we literally 'rose from the Apocalypse.'"

This past March, Scabbia told The Pit's podcast "Last Words" that she and her bandmates have not used the coronavirus downtime to work on new music. "To be honest, no, because we didn't want any of our music to be connected with this period, because it wasn't something that we wanted to talk about," she explained. "Of course, unconsciously, it will be inspiring us for the next record, because everything everything you live translates into music and lyrics unconsciously.

"The thing is that when you write a new record, it's because you're inspired by something," she continued. "But if you don't travel, if you don't live experiences, if you don't meet new people and [see] new cultures, I find it hard to find inspiration only through movies and — I don't know — series on TV. I need to live to be inspired, and the same for the guys [in the band]."

Cristina went on to say that she and the rest of LACUNA COIL have previously used negative personal experiences as fuel for their songwriting. "I feel really inspired when something bad is happening, but at least something is happening, and I'm living it," she said. "But this [pandemic] situation is really static."

In February, LACUNA COIL took part in an initiative dubbed "L'Ultimo Concerto?" (Last Concert) to highlight the increasingly uncertain future of music venues. Instead of delivering live performances as part of a scheduled free virtual stream on February 27, each of around 130 Italian artists was filmed taking the stage at a different venue and then standing there in silence as a way of commemorating the one-year mark since the first Italian venues closed. 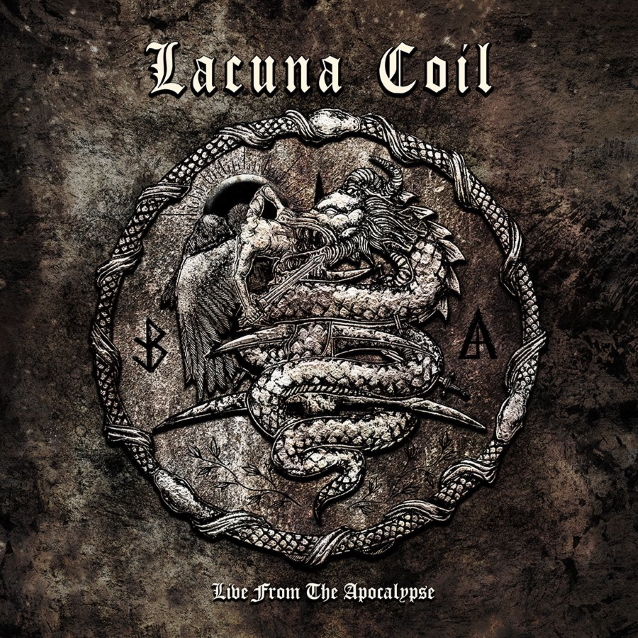