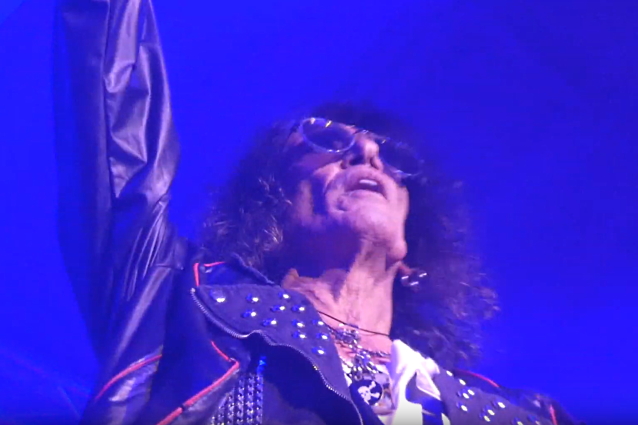 Fan-filmed video footage of RATT's November 2 concert at The Canyon Montclair in Montclair, California can be seen below (courtesy of YouTube user "Joel Steele").

RATT singer Stephen Pearcy recently told The Morning Call that the band has been writing new music. He said he is collaborating for the first time in years with basist Juan Croucier, and even with new guitarist Jordan Ziff.

Two months ago, Pearcy told Atlantic City Weekly that RATT was planning to make new music available in 2020. "We're deciding now how we want to go about releasing it, whether it will be a full record or just a bunch of singles," he said. "I think we will probably go that route though — release a few singles, see how people take to it and the rest is easy."