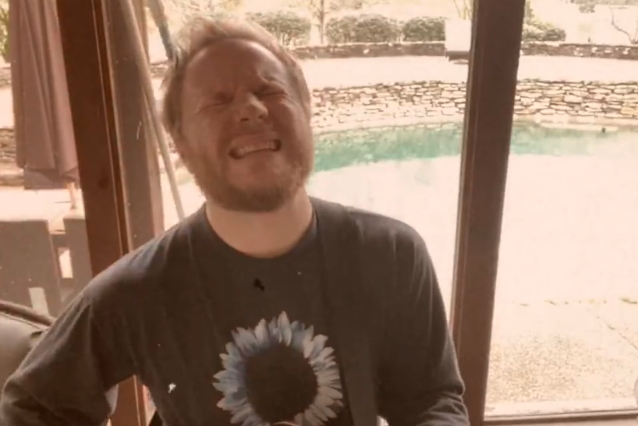 SHINEDOWN guitarist Zach Myers has paid tribute to singer-songwriter Bill Withers, who died a week ago from heart complications. He was 81 years old.

Earlier today, the SHINEDOWN social media shared a video of Myers performing his acoustic rendition of Withers's song "Use Me" at home in Memphis.

Myers said in a statement accompanying the clip: "This was one of the first songs I ever played on stage... Bill Withers was a staple for me growing up and in adulthood. He will be sorely missed."

Withers's music has been covered by BLACKSTREET, Will Smith, BLACK EYED PEAS Twista and numerous others artists.

On Friday, Sammy Hagar shared a video of him performing an acoustic version of "Ain't No Sunshine" as a tribute to Withers. Over the weekend, PAPA ROACH frontman Jacoby Shaddix followed with his a cappella rendition of "Lean On Me".

Also mourning Bill's death was Lenny Kravitz, who tweeted: "Rest in power Bill Withers. Your voice, songs, and total expression gave us love, hope, and strength. My soul always has & always will be full of your music. Your humility displayed & depth of your power as you carried us all to a better place. You're still & always will be Bill."

“Use Me” - Bill Withers Cover + Tribute

Zach Myers pays tribute to Bill Withers at home in Memphis with his acoustic rendition of Bill Withers' song “Use Me.”

“This was one of the first songs I ever played on stage... Bill Withers was a staple for me growing up and in adulthood. He will be sorely missed...” - ZM