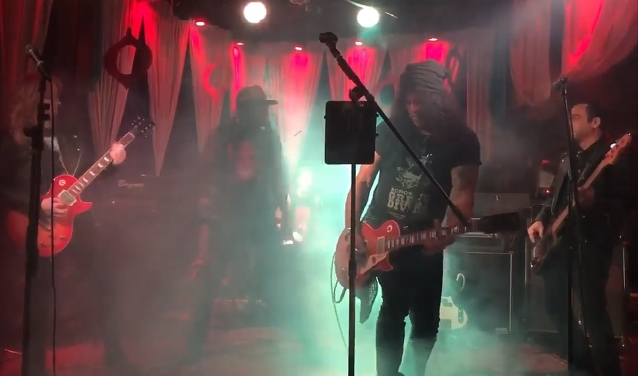 Slash performed at "Celebrating Willie Basse: A Night Of Music & Stories" on December 14 at Boardner's in Hollywood, California.

The GUNS N' ROSES guitarist played three songs at the invite-only event, including covers of THE BEATLES' "Come Together" and LED ZEPPELIN's "Whole Lotta Love".

Basse died in October after a long battle with cancer. He was 62 years old.

The Texan-born musician had lived in the greater Los Angeles since the mid-'70s.

In a post on Instagram shortly after Basse's death, Slash wrote: "RIP to my good friend #WillieBasse I/we will miss you buddy"

Thank You, Scoonie Gee, for helping organize, for mc-ing, singing, hosting the WILLIE BASSE Celebration Of Life event last night at Boardner’s in Hollywood... it was a great and intimate comfortable array of FAMILY, friends, musicians... all there to pay tribute to our good friend...
It was MOST AWESOME to witness the legendary ALVIN TAYLOR ( my fiancé Ukulele Ray’s drummer, who also played with George Harrison, Elton John , & hundreds more) perform with SLASH at this memorial! And ?Renee Casanova singing some ZEPPELIN with SLASH & ALVIN! Plus the teen-ager who ROCKED that axe...❤️?... nIte was a great send-off for our dear friend WILLIE BASSE ... it was a GREAT PLEASURE to meet Willie’s beautiful daughter, Amber Rice-Horvath, & members of the family. THANK YOU FOR ORGANIZING THIS FANTASTIC MEMORIAL...God Bless ! R.I.P. WILLIE BASSE
( Waych this entire video... SLASH plays 3 tunes)
#slash #alvintaylor #williebasse #hollywood #rockermemorial #kidsrock #scooniegee #tesyward #boardners #vickihamilton #amberricehorvath #therockinrag
#rocknrolivia 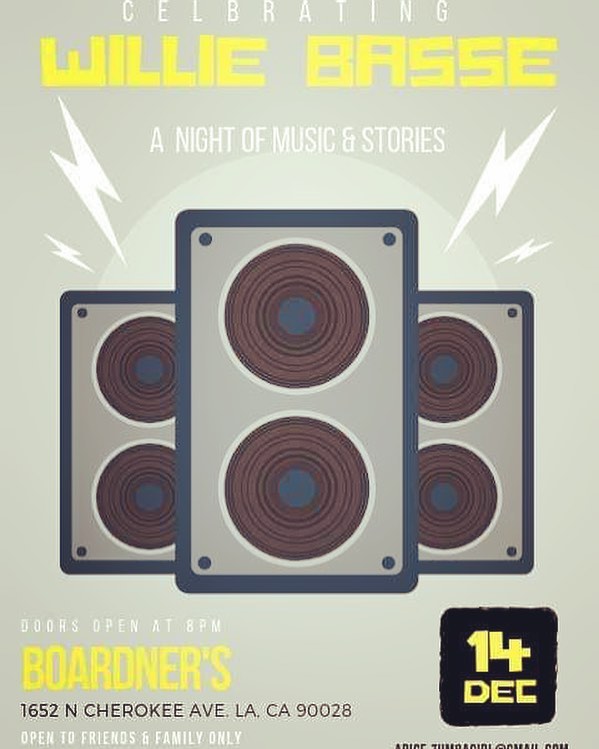