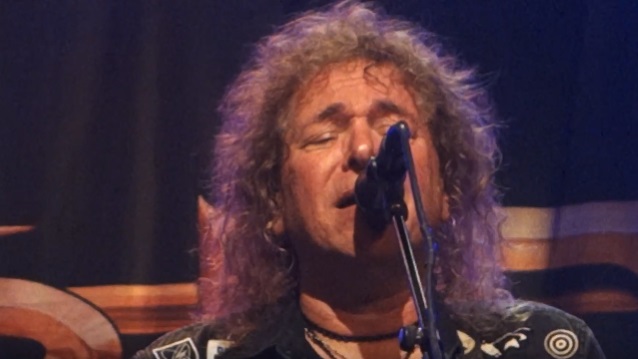 Fan-filmed video footage of Y&T's April 22 performance at The Canyon in Agoura Hills, California can be seen below.

Y&T is still working on its long-awaited documentary, "On With The Show", to be released before the end of the year. "It's been taking an extremely long time to get that thing sorted out," frontman Dave Meniketti told Tigman of the Albany, New York radio station Q103 in a recent interview. "The documentary filmmakers just had no idea how much work was involved and how many different artists wanted to be in the documentary and so on and so forth, so it's taken a whole lot longer than they expected. But I just want all the fans out there to know that it is gonna happen, it is gonna come out sometime this year. I have no idea when, but we just keep prodding them back home and saying, 'Cmon, guys. You almost done yet?' But it's turning out fantastic. I've seen a lot of the footage, as have all the guys in the band, and we've had nothing but great feedback from all of us."

"On With The Show" is expected to contain commentary from a number of other artists, including Don Dokken (DOKKEN), Dee Snider (TWISTED SISTER), Sammy Hagar (VAN HALEN, MONTROSE), Eric Martin (MR. BIG) and the members of ANVIL. The film is being built out of the hundreds of hours of personal footage shot over the years. It is set to cover the band's earliest days of rehearsing in drummer Leonard Haze's grandmother's house, then move through the first two albums, touring with JOURNEY, BOSTON and QUEEN, to their big breaks with AC/DC, OZZY OSBOURNE and DIO.

Meniketti is the only surviving member of the Y&T lineup — then known as YESTERDAY AND TODAY — that recorded the band's self-titled debut album.

The band's latest studio album, "Facemelter", came out in May 2010 via Frontiers. 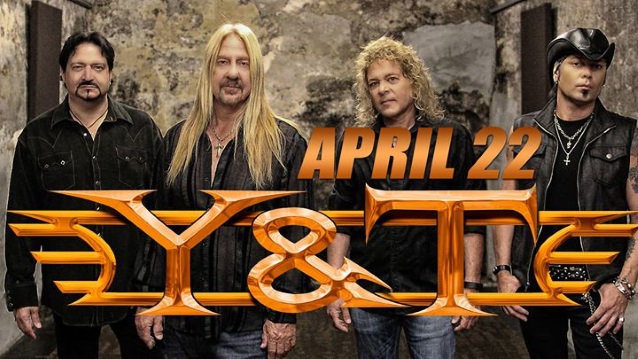