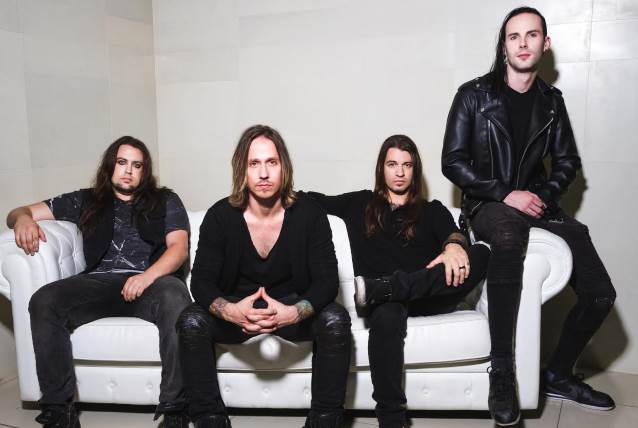 WESTFIELD MASSACRE, which features in its ranks singer Seann Nicols (a.k.a. Sheldon Tarsha; formerly of Bobby Blotzer's RATT, ADLER'S APPETITE and QUIET RIOT), will release a new single, "Famine", on August 3. The track, which is taken from the band's forthcoming full-length album, will be accompanied by a brand new music video directed by Ron Underwood.

Nicols took over as the lead vocalist for WESTFIELD MASSACRE in June 2017 when the band parted ways with Tommy Vext, who currently sings for BAD WOLVES.

WESTFIELD MASSACRE has a sound that can be described as a bridge between modern American and European metal. With aggressive growls, high, soaring vocal melodies, impossibly fast drums, classically inspired passages and harmonized guitar leads, WESTFIELD MASSACRE aims to make its modern metal accessible to fans of all music genres.

"Famine" will be available on iTunes, Apple Music, Amazon, Spotify, and other digital outlets.