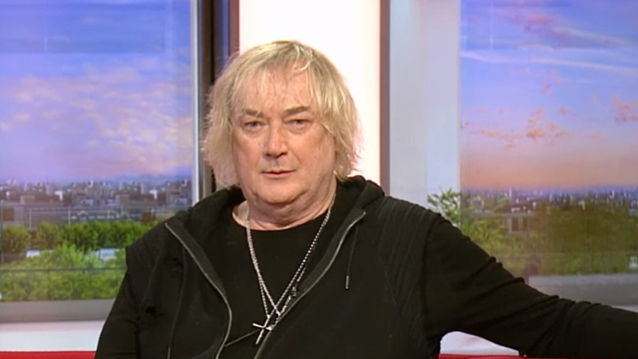 ASIA and YES keyboardist Geoff Downes says it is "quite astonishing" that the British monarchy has been ruined by two Americans.

After the Duke and Duchess of Sussex's decision to "step back" from their roles as senior members of the Royal family, questions have arisen about its continued relevance to modern day society.

Late Sunday night (January 19), Downes, who was born 67 years ago in Stockport, England, took to his Twitter to write: "Love [the United States Of America], but quite astonishing that 2 Americans, namely Epstein & Markle have completely destroyed the British Monarchy and brought it to its knees"

Earlier this month, Harry and Meghan announced plans to drastically reduce their royal roles and spend much of the year in Canada.

Prince Andrew was forced to step down from public duties last year after his disastrous "Newsnight" interview in which he failed to show empathy to Epstein's victims.

Downes first emerged as one half of THE BUGGLES, duo whose single "Video Killed The Radio Star" topped of the charts in 1979, before he joined prog rock giants YES. Downes and YES guitarist Steve Howe later hooked up with Carl Palmer and KING CRIMSON bassist/vocalist John Wetton to form the supergroup ASIA.

Love ??, but quite astonishing that 2 Americans, namely Epstein & Markle have completely destroyed the British Monarchy and brought it to its knees